Dr. Abdalla Darwish, a Presidential Professor and Professor of physics at Dillard University, was awarded by USPTO with patent No US 10,283,691 B2 for his invention of NANO- COMPOSITE THERMO-ELECTRIC ENERGY CONVERTER AND FABRICATION METHOD THEREOF. The invention relates to a nanocomposite thermoelectric energy converter. The converter may be deposited on rigid or flexible substrates for a wide range of applications including portable electric power sources for wearable electronics and health monitors and the converters of waste heat into electricity. The converter comprising a composite thin film inorganic semiconductor having carbonized polymer nano-clusters and the net of polymer nano-fibers included within. The carbonized polymer nanoclusters and nano-fibers improve the thermoelectric figure of merit by increasing electrical conductivity and decreasing thermal conductivity. The converter may be fabricated by a dual beam pulsed laser deposition process which was invented by Professor Darwish. A first laser beam evaporates a target comprising the materials of the inorganic semiconductor. A second laser beam evaporates the polymer using a matrix assisted target for depositing the polymer concurrently with the semiconductor deposition to yield the composite film. The lasers may be separately controlled to determine the resulting composition. The invention is a result of the research supported by US Army Grant W911NF -15-1-0446 and Air Force Office of scientific Research AFOSR Grant FA9550-12-1-0068. Co-inventors are Dr. Sergey Sarkisov, SSS Optical Technologies, LLC, Huntsville, Alabama, USA and Dr. Paolo Mele, Shibaura Institute of Technology, Japan. 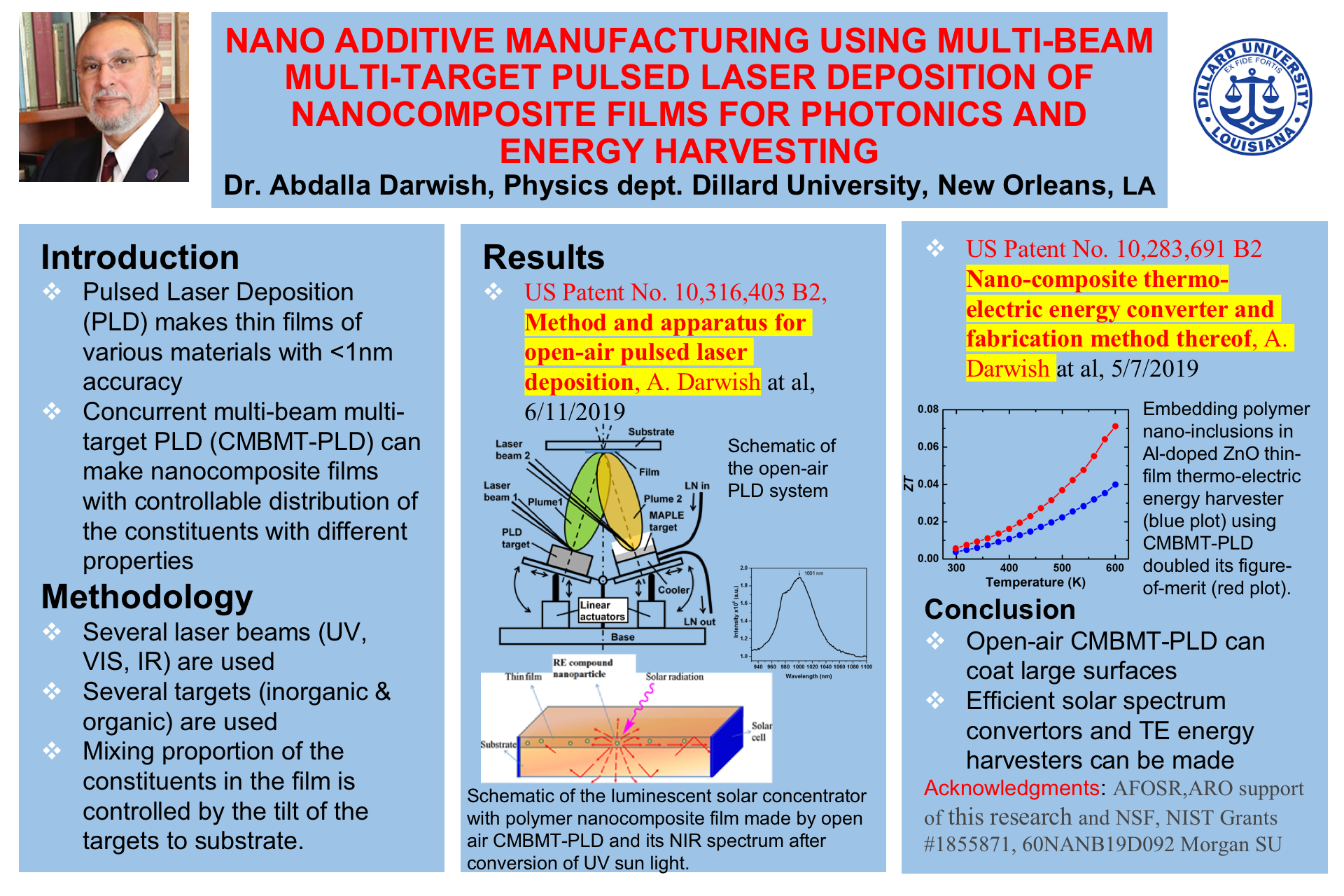 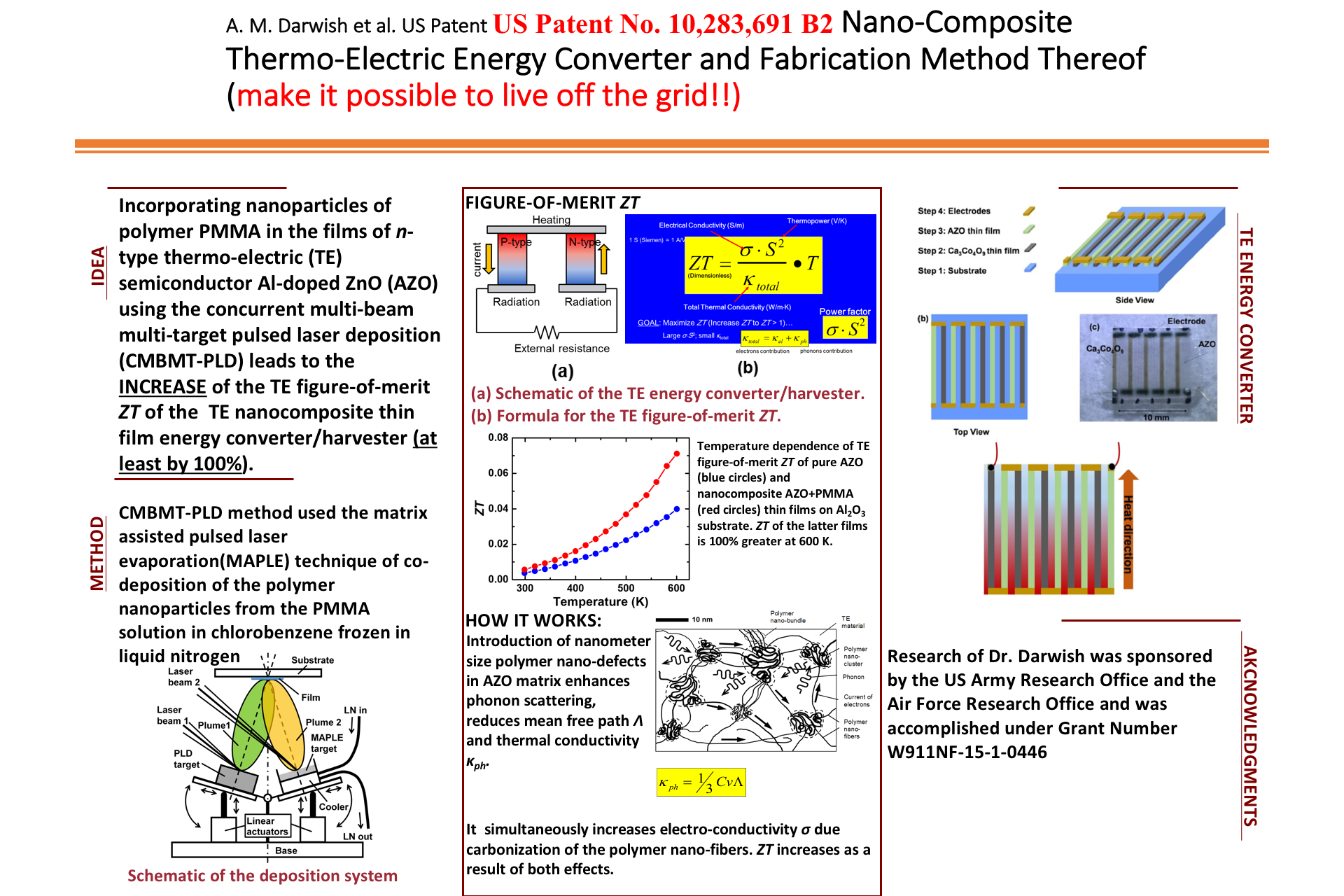 Dr. Abdalla Darwish, professor of physics at Dillard University, was awarded by USPTO with patent No US 10,316,403 B2 for his invention of METHOD FOR OPEN-AIR PULSED LASER DEPOSITION. The invention relates to a method for open-air pulsed laser deposition by providing a target and a substrate, configuring a laser directed to the target, reducing the pressure in the zone between the target and substrate by providing a suction having an opening proximal to the target. Optionally, shielding the zone between the target and substrate from ambient oxygen by flowing an inert gas from outside the zone. The method may accommodate very large substrates and multiple targets and multiple laser beams. The target may be tilted or remotely tilted. Matrix assisted pulsed laser deposition of organic substances sensitive to atmospheric oxygen may be utilized as well. The invention is a result of the research supported by US Air Force Grants No FA9550-12-1-0068 and W911NF -15-1-0446. Co-inventor is Dr. Sergey Sarkisov, SSS Optical Technologies, LLC, Huntsville, Alabama.