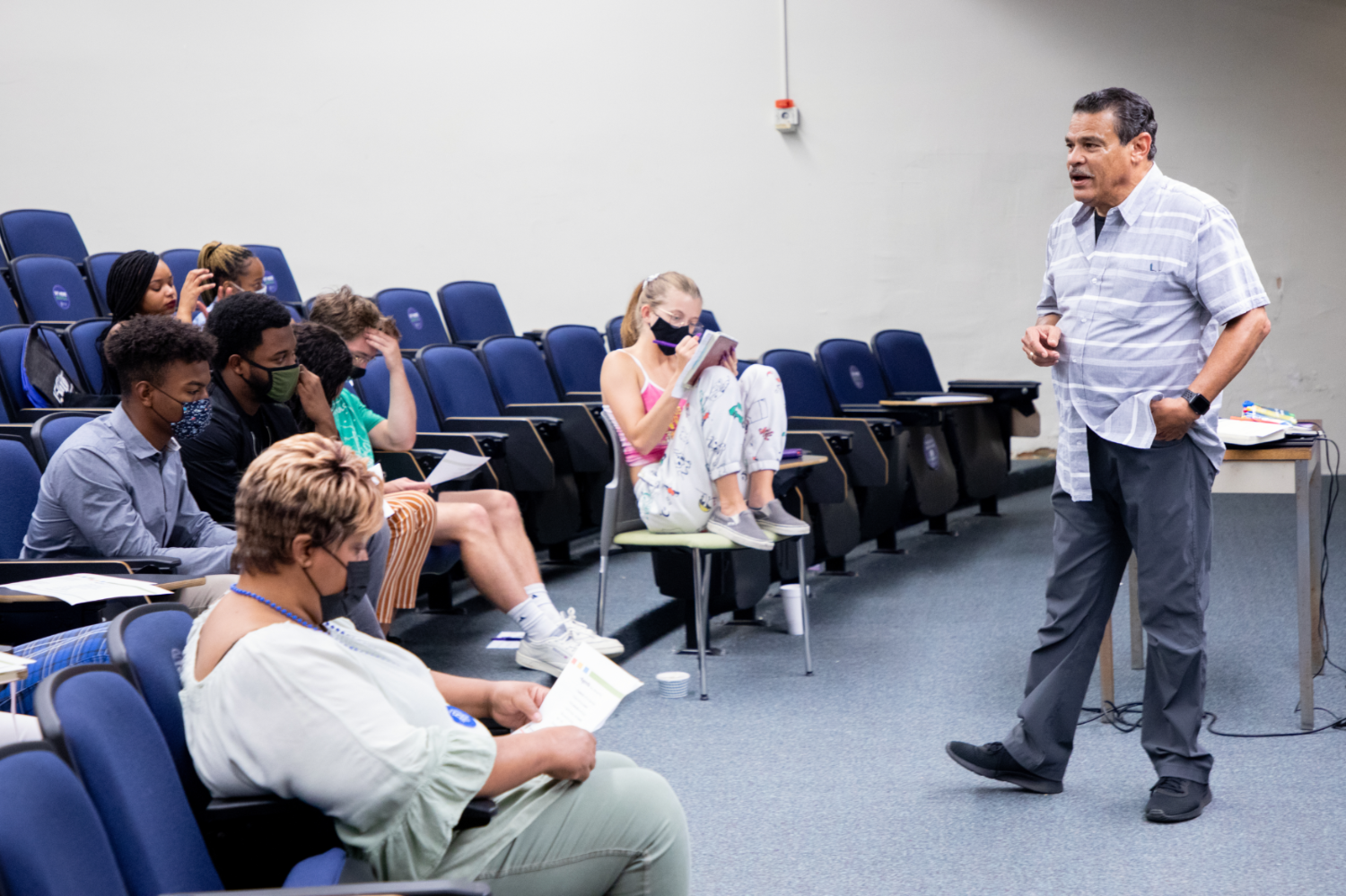 The Center for Racial Justice joined the celebration of Black Philanthropy Month by participating in a virtual panel discussion about Black professionals working in the field of philanthropy. Dr. Marc Barnes, one of the center’s ex officio board members and Dillard’s vice president of institutional advancement, was a panelist for “Funding Equity: Black Professionals in Philanthropy” (video below).


The event was hosted by the Tulane University School of Professional Advancement's public administration program. Barnes was joined by two other panelists including Christy Slater, a program officer for the W.K. Kellogg Foundation which supported the Center for Racial Justice with a $1 million grant, and Kimberly O’Neil, a founding member of the HERitage Giving Fund and a Tulane public administration faculty member. The panel was moderated by Dr. Halima Leak Francis, director of the public administration program which offers a Master of Public Administration degree, a certificate in Nonprofit and Strategic Philanthropy Management and other graduate certificates. Leak Francis is also a founding member of the HERitage Giving Fund and she included Dillard in her doctoral dissertation “Making Bricks Without Straw: The Kresge HBCU Initiative and Fundraising at Historically Black Colleges and Universities.”


Leak Francis invited the Center for Racial Justice because of Dillard’s institutional legacy. “Historically, philanthropy has played an integral role in advancing equity within the U.S.; and in recent years, racial justice has emerged more prominently as a key priority for many foundations and individual donors,” she says. “While more resources have been mobilized to address systemic inequities, we still see that organizations run by BIPOC leaders are disproportionately underfunded despite the depth of their relationships with the communities they serve.” In August, the center held its Ride Revived Summer Institute to train young leaders in addressing voter suppression.

The calls for representation from African Americans has always been a call to action, and the philanthropic sector has been a part of that discussion. It is about relating to the needs of African Americans. Barnes, a highly seasoned fundraiser, knows all too well. When it comes to negotiating with prospective donors, Barnes has experienced a “mixed bag” of results. “Some understood after one or two interactions and negotiating with them went smoothly. Some were not as easy,” he says. “I have had conversations about (whether or not there is even a need for) HBCUs post-integration. Those folks typically did not become donors. For others, when I successfully communicated our value proposition, I received donations at a fraction of the ask amount and what they typically gave to other organizations. I believe if they truly understood the work of HBCUs, those gifts would have been higher.”


Gifts such as MacKenzie Scott’s $5 million gift to Dillard and her gifts to other HBCUs may represent a turn in philanthropists’ investments, but professionals like Barnes and Leak Francis insist that philanthropy is not all about large amounts of money. To help people understand the importance of their giving, Leak Francis often goes to the Margaret Mead quote, “Never doubt that a small group of thoughtful, committed citizens can change the world; indeed, it's the only thing that ever has.” Leak Francis says that philanthropy is about more than money. It’s about resources and the potential to make an impact on communities. “In some cases, it is much better (and more sustainable) to have a pool of dedicated donors who make modest gifts on a regular basis,” she says.


That is why philanthropists and those who work in the sector often talk about “intentional giving” or giving with an impact in mind. It is a clarion call for Leak Francis. At the same time, Barnes believes that institutions and organizations must use information to galvanize donors and other supporters. In the case of HBCU alumni being intentional in giving to their alma maters, Barnes says that it’s about institutions producing “excellent measurable outcomes that enhance the value of their alumni's degrees,” and communicating those outcomes in a way that resonates with alumni. Barnes believes that, with the right information, alumni would see their gifts as investments that benefit both them and their alma maters.


Still, people often wonder if their giving matters and African Americans are no different. When asked what she says to those who wonder if their giving makes a difference, Leak Francis quickly responds, “The same thing I say to Black folks who wonder whether or not their vote makes a difference. It does--period. Philanthropy is an extension of our voices and in many ways presents an economic justice-rooted strategy for sustainable community uplift. Charitable giving can open doors of dialogue and collaboration without some of the limitations of government and private business.” Leak Francis points to the 1898 Atlanta University Conferences where W.E.B DuBois called for "unified strategic philanthropy" to address the challenges that Black communities faced at the time.


More Black philanthropy professionals means more focused strategies for community uplift. The professionals who gathered for the panel discussion hope to inspire students to consider a career in philanthropy. Leak Francis says that interested students can start by identifying the causes that resonate with them. From a more practical standpoint, she suggests looking at positions such as grant managers, program officers and beyond. She adds that seeking out training would help as the field has become more professionalized within the last several decades.


Barnes, who is a Certified Fund Raising Executive (CFRE), says that he has had conversations with Dillard students about pursuing philanthropy or nonprofit management as career options. Those conversations have been honest with Barnes having discussed the pros and the cons of the field.


Still, the panelists recognize the urgency of these conversations to fortify entities and causes such as the Center for Racial Justice. It is where Leak Francis tends to lean into one of her favorite DuBois quotes, "The real test…in the advancement of any group of people in civilization, is the extent to which they are able to organize and systematize their efforts for the common weal."