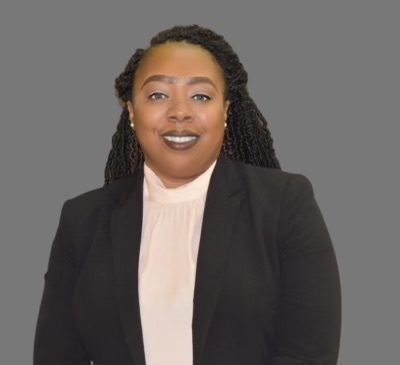 NEW ORLEANS—Dillard University president Dr. Rochelle L. Ford has announced that Dr. Linda J. Bell will step into the role of director of the Department of Athletics. Since 2018, Bell has served as director of compliance and the senior women’s administrator at Fort Valley State University in Georgia. In her role, she is responsible for compliance, internal operations, fundraising efforts, strategic planning  as well as oversight of women’s volleyball, women’s basketball and softball. Fort Valley State is an NCAA Division II institution in the Southern Intercollegiate Athletic Conference (SIAC) with 12 sports. Bell is also Fort Valley State’s Title IX deputy coordinator for athletics and a member of the university’s Quality Enhancement Plan steering committee.

“We are pleased to welcome Dr. Bell to Dillard,” said Ford. “We took note of the diverse environments where she has worked, and Dr. Bell’s dedication to the concept of scholar athletes ensuring that each of our Blue Devil and Lady Bleu Devil teams maintain strong GPAs and graduate on time. I appreciate her love of collegiate athletics and passion for developing students’ leadership skills.”


Prior to Fort Valley State, Bell served as assistant athletic director for compliance services and business operations at the University of the Southwest in Hobbs, New Mexico. Her journey has also included the University of Wisconsin-Parkside where she was associate athletic director and the senior women’s administrator. Before arriving in Wisconsin, Bell advanced at Elizabeth City State University in North Carolina. There, she began as the head volleyball coach and advanced to assistant athletic director for compliance for a combined 11 years. There, Bell’s team won the Central Intercollegiate Athletic Association (CIAA) volleyball championship, earning them a trip to the NCAA Division II Women’s Volleyball Tournament; and she earned the CIAA’s women’s volleyball Coach of the Year honors in 2008 and 2009. Prior to Elizabeth City State, Bell served as senior women’s administrator, head volleyball and a softball coach for a combined six years at Livingstone College in Salisbury, North Carolina. Bell’s career began at NCAA Division III Emory & Henry College in Emory, Virginia where she served as head women’s volleyball coach.


Bell attended Saint Paul’s College in Lawrenceville, Virginia, where she competed in women’s volleyball, women’s basketball and softball. She served as team captain in all three sports while securing All-CIAA accolades in all three sports. Bell finished her collegiate volleyball career with over 100 service aces. In her senior year, Bell became the second-leading scorer in CIAA basketball while leading the nation in stolen bases in softball. After earning her bachelor’s degree in business administration from Saint Paul’s, Bell earned her M.B.A. from the University of Phoenix and her Doctor of Business Administration in innovation and strategy from the University of the Southwest. Bell is also a distinguished member of Delta Sigma Theta Sorority Inc.


Bell begins remotely on August 16 and will have her first day at Dillard on September 1.