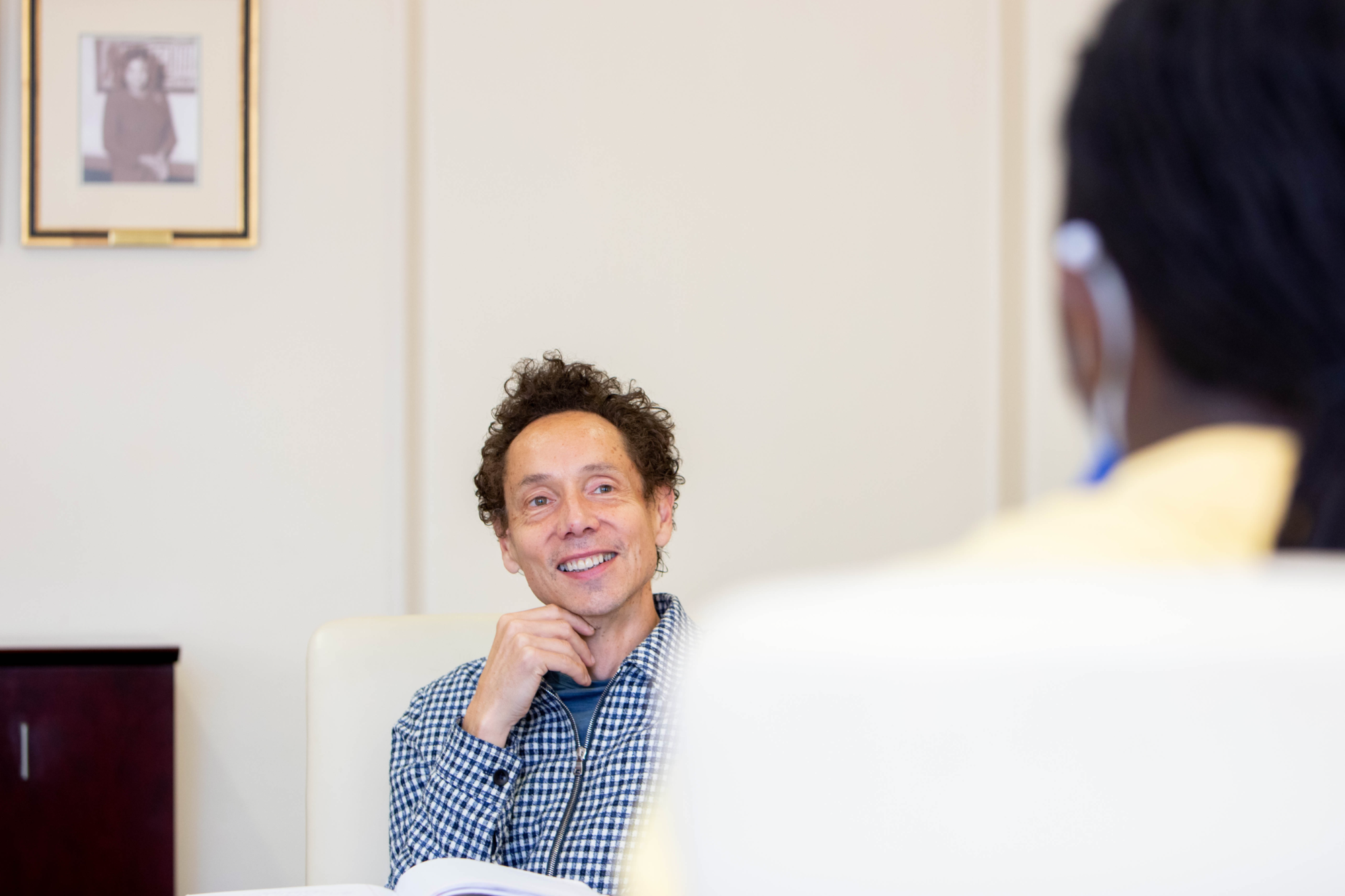 Journalist, author and speaker Malcolm Gladwell visited Dillard April 22 as part of his research on college rankings. A staff writer for The New Yorker, Gladwell has spent about a decade challenging U.S. News & World Report’s ranking methodology. As part of his research, he visited campus and spoke with a group of Dillard students to learn more about their experiences at the University. Gladwell also interviewed President Walter Kimbrough for an upcoming edition of his ”Revisionist History” podcast.

With students gathered around the President’s Conference Room meeting table, Gladwell asked a series of questions about their motivations for attending Dillard, how they are paying for their education, why students drop out and the best part of their Dillard experience. While the students’ thoughts about the University’s value ranged from its being an HBCU to its family environment to having direct access to the president, they were honest about issues that cause students to leave before graduating. Students pointed out issues such as their peers’ difficulties with affording the cost to attend, stress and the overall environment. Christian McGary, a junior transfer English major from Horesheads, New York, pointed out issues in communication between the University and the students. Jared Ingram, a sophomore biology major from Pine Bluff, Arkansas, noted that some students become disillusioned due to misconceptions about the college experience.

Gladwell was also curious about how students believe they would manage life at a large university. Chad Fuselier, a junior accounting major from Lafayette, Louisiana, said that he does not feel that he would have had the sense of belonging that he has at Dillard. McGary expressed the potential for mental health challenges on a large campus because he does not want to feel that he is a “gear in the machine.” That sentiment was echoed when Akilah Northern, a freshman marketing major from Nashville said, “I feel recognized and seen at Dillard. I feel significant at Dillard.”

Among Gladwell’s concerns, he expressed to the students, is that U.S. News & World Report’s rankings consider a limited number of factors about colleges and universities. “Their rankings favor schools that have money,” he said. “They don’t take into account factors such as institutions’ ability to provide a sense of community.”

By doing the project, Gladwell would ultimately like to determine “how to make life easier for people trying to get an education.” 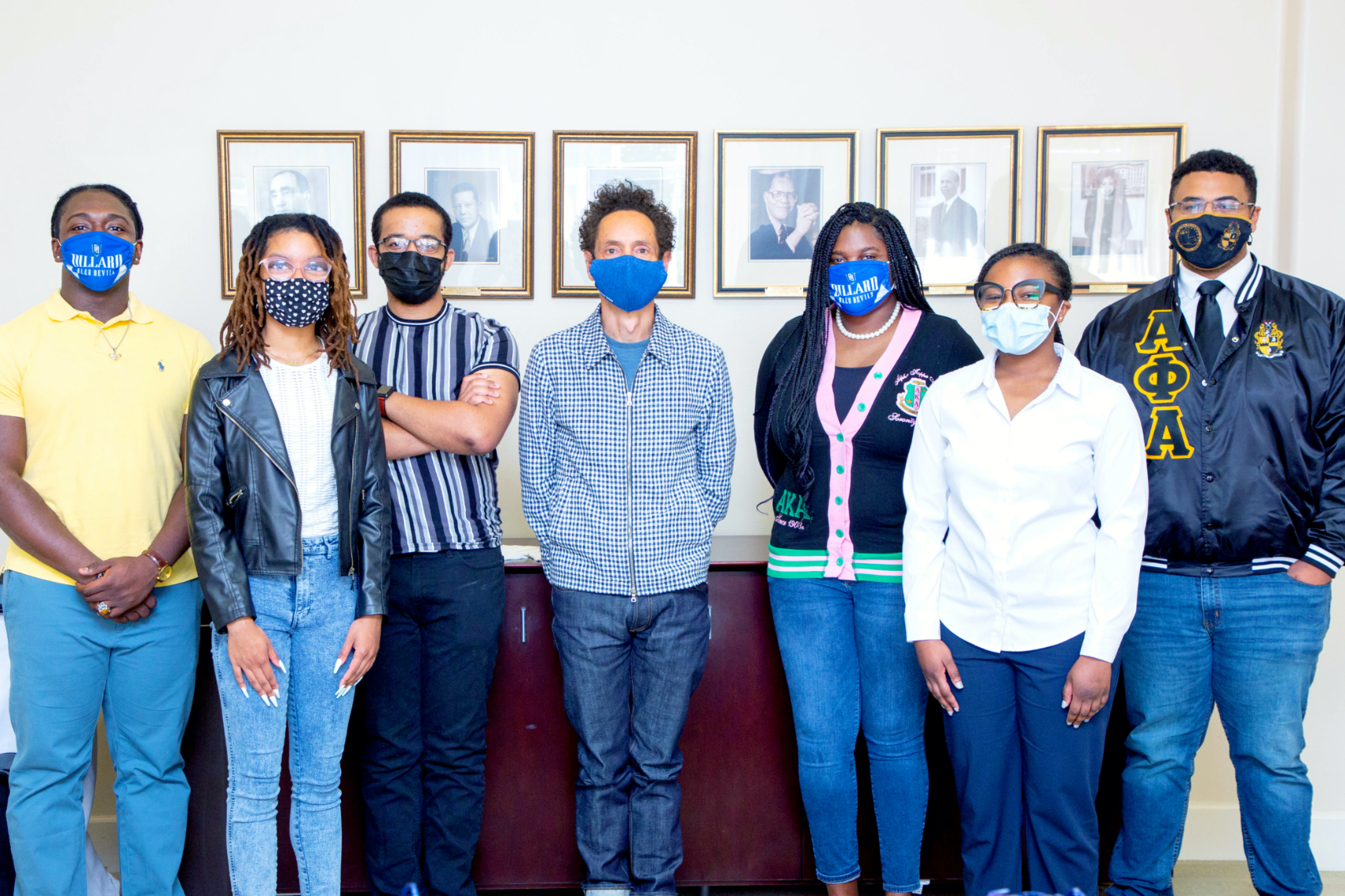