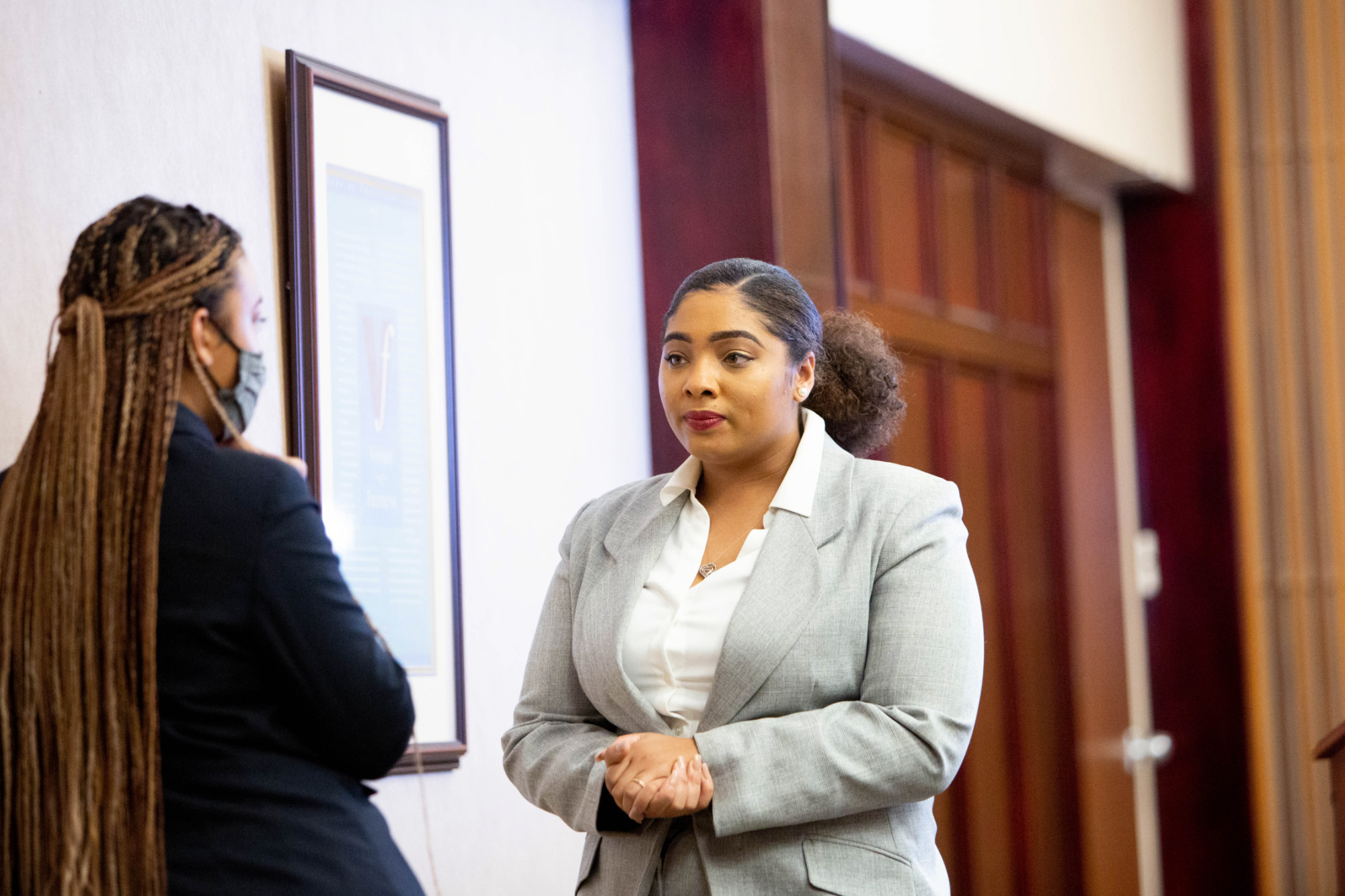 During the AMTA Regional Tournament, which was hosted virtually by the University of Dayton Law School, the team won six total rounds. “The exhilaration of that moment was just mind boggling. It was like a culmination of all the emotions, and all the hardship and all the hard work came into that one moment where it was just sheer exhilaration,” mock trial coach Judge Kern Reese said.


Out of 24 teams in the region, Dillard’s mock trial team is one of six teams that will be advancing to the Opening Round Championship. According to Reese, competing and winning in a competition of this caliber requires a certain amount of skill and rigor to succeed; and students have to acquire the ability and confidence to effectively communicate what’s important to them.


Mock trial students receive hands-on training to prepare for law school. The team’s use of the University’s courtroom, which was donated by the family of Supreme Court Justice Revius Ortique, allows them to simulate proper court proceedings.

According to Adria Kimbrough, Esq., Dillard's mock trial coach, using mock trials to prepare students to be successful in law school is one of the ways she aims to diversify the legal profession. “The mock trial experience is great preparation for law school. Students who’ve probably had limited exposure to the law have an opportunity to be exposed to it,” Kimbrough said. “They have an opportunity to learn some of the skills that are required for success in law school and the profession. They have to take case materials and figure out how to digest them, synthesize them and pull it all together in a way to present an argument that will be persuasive.”


Amaya Ronczyk’22, urban studies major and Dillard’s mock trial president, has been accepted into several of the top 14 law schools. She attributes much of this success to the encouragement and guidance she received from her professors and mentor. “It's a combination of the people that are in this program and then my professors as well. And I had Mrs. Kimbrough telling me how I can build a legacy with mock trial and the things I could leave behind with this and how that would look impressive for law school. I think mock trial in general just helped prepare me for that.”


Additionally, 100% of Dillard’s mock trial team have been accepted into law school, which proves that the students are well on their way to diversifying the legal profession. Anyone interested in supporting the team’s journey to Memphis, Tennessee, for the AMTA Opening Round Championship, which will take place March 11-13, can CLICK HERE to make a contribution. The team is also accepting donations of professional attire that can be worn during competitions. The items can be dropped off in the mock trial courtroom located in the Professional Schools Building in room 151.