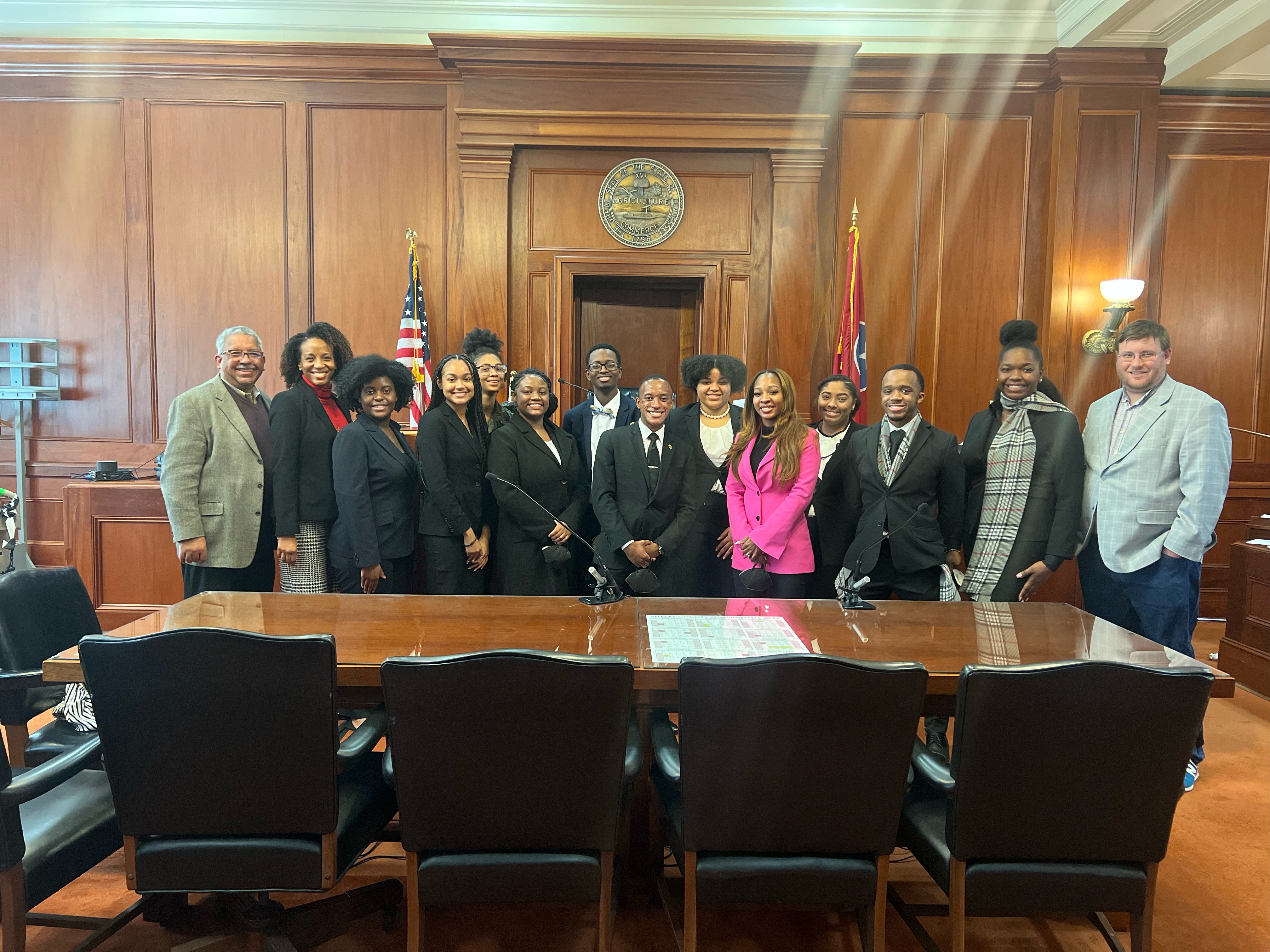 NEW ORLEANS— For the first time in history, the Dillard University Mock Trial Team has advanced to the American Mock Trial Association’s (AMTA) National Championship Tournament (NCT), after competing in AMTA’s Opening Round Championship in Memphis, Tennessee. Dillard University is the first Louisiana team in the history of collegiate mock trial to earn a bid to the NCT. Out of 718 teams registered this year, Dillard’s mock trial team is one of 48 teams in the country to receive a bid to compete in nationals.

The mock trial team led the Opening Round Championship in Memphis with the best record in a very competitive field: 7 wins, 1 tie, and 0 losses. “To be the only Black team in a space is sometimes hard, but we have coaches who do things intentionally so that we can understand our role in this space. It’s a big deal to put small HBCUs like Dillard on the map,” urban studies major and Dillard’s mock trial president, Amaya Ronczyk, said during an interview on the “Conversations on the Oaks” podcast. Howard University also received a bid to represent their region in the NCT, which means for the first time in collegiate mock trial history, there will be two Historically Black Colleges or Universities (HBCUs) competing in the NCT.


According to Dillard’s mock trial coach Adria Kimbrough, Esq., the confidence and skills the students possess is huge, particularly for students at a small HBCU like Dillard. “With this bid to NCT, the Dillard University Mock Trial Team has turned the collegiate mock trial world upside down. For an unranked team, from a school unknown to many in the mock trial world, with a program just in its sixth year, to lead a competitive field of teams from Memphis, seems impossible to many. However, our record is undeniable and is evidence that the Dillard University Mock Trial Team is a nationally competitive team. It is proof positive that with the right support, Dillard students can not only compete, but excel at the highest levels,” Kimbrough said. During AMTA’s Opening Round Championship Series, Dillard’s mock trial team won ballots against Northwestern University’s team, who is ranked 13 in the nation.


The 37th Annual AMTA National Championship Tournament will take place April 8 through 10 in Lancaster, Pennsylvania, at Elizabethtown College. Anyone interested in supporting the team’s journey to the NCT can CLICK HERE to make a contribution. The team is also accepting donations of professional attire that can be worn during competitions. The items can be dropped off in the mock trial courtroom located in the Professional Schools Building in room 151.

Video of the team's reaction to qualifying for the national tournament: