With 93% of their students accepted to law school in 2021, Dillard Pre-Law creates a firm foundation to diversify the legal field 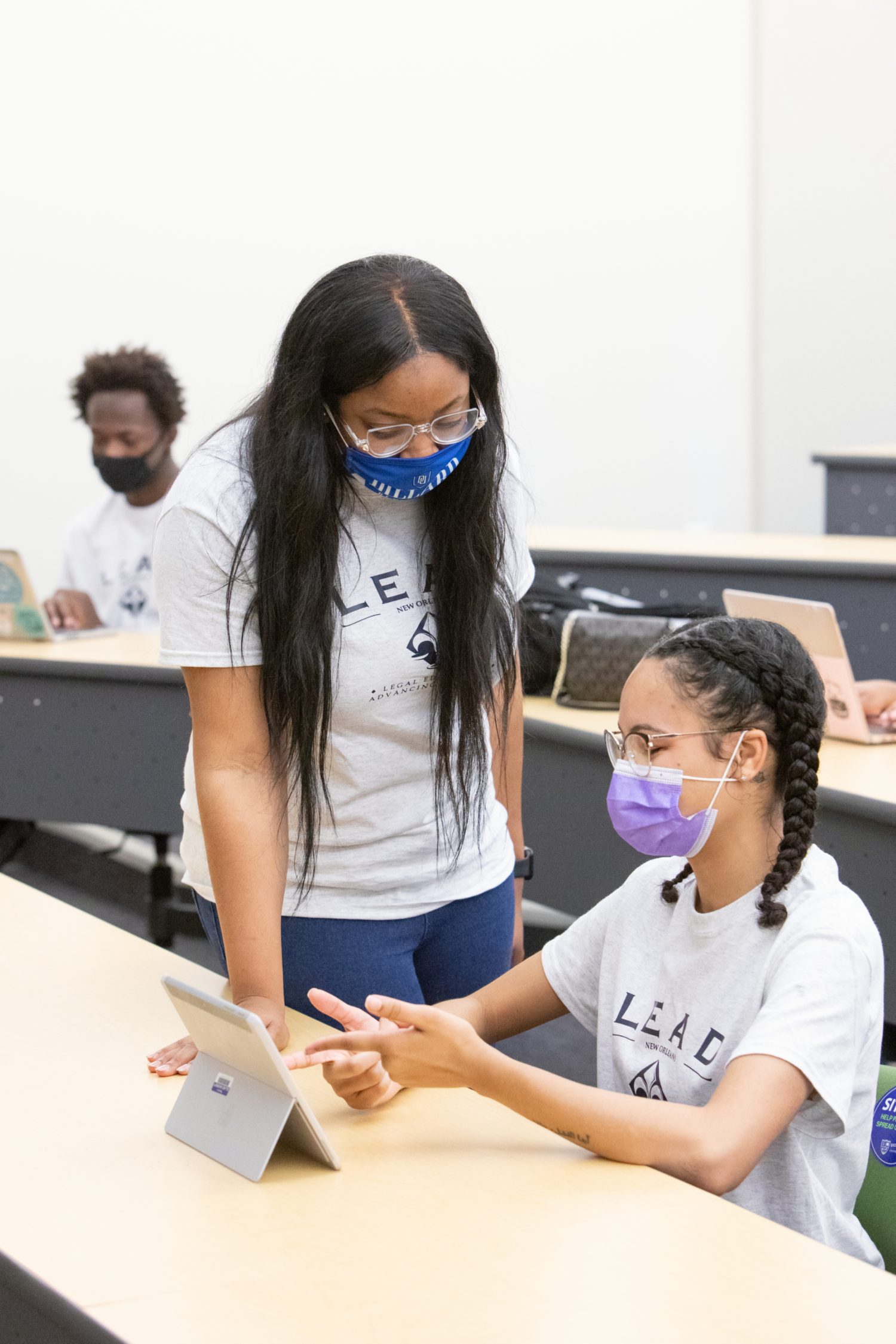 Traelon Rodgers has been ready for law school since he was three years old. “I just kept asking ‘why’ and ‘why not,’” says the 2021 Dillard co-valedictorian. By the time he reached fifth grade, Rodgers knew law was in his future. He was especially motivated by the case of Troy Anthony Davis, a Black man sentenced to death for the murder of a police officer despite witnesses reportedly recanting their testimonies and a loud public outcry for the State of Georgia to stay his 2011 execution.

Dillard Pre-Law has a singular focus--to diversify the field of law. That focus helped the program post its highest acceptance rate and the most students accepted to law schools to date. Rodgers was in a class that saw 93% of the students, a total of 13, accepted to law schools. The program improved the number of students accepted by law schools by 160% in one year. That’s not bad for a program that had only two acceptances in 2013.

According to the American Bar Association, only 38% of African Americans are accepted to law schools nationwide and only 5% of United States attorneys are African American. “People don’t understand the magnitude (of Dillard Pre-Law) in terms of sending Black students into law,” Rodgers asserts.

Dillard Pre-Law is a co-curricular program that provides students who wish to enter the legal profession the necessary support to pass the LSAT and understand law school admission requirements. Students receive guidance from Carter and her team to ensure that their students stay on track to complete the pre-law program in the anchor program.

Another major pre-law component is the LEAD (Legal Education Advancing Diversity) Program. LEAD consists of the LSAT Prep Boot Camp, a year-long mentorship program with legal professionals, law school application assistance, and individual advising. LEAD is also open to students from Xavier University of Louisiana and Southern University at New Orleans. Students are advised to take advantage of the Foundation to LEAD program that provides rising juniors with early exposure to the fundamental skills needed for success on the LSAT and in law school.

Rodgers, who entered pre-law in 2018, took the LSAT practice test as many as 15 times. He is not surprised by the success of his cohort because of the scores they received on their practice tests.

There are also student organizations for pre-law. The award-winning Mock Trial Team, of which Rodgers was a member, has posted impressive national victories over the past few years including Pace University’s Castagna Classic Invitational in November and the University of Alabama’s Crimson Classic in January. At the Crimson Classic, the team bested such institutions as Florida State, South Carolina, Penn State, Emory, Wake Forest, Tennessee, and Alabama. Dillard Mock Trial, coached by former pre-law advisor Adria Kimbrough and Judge Kern Reese, is looking to host its third Big Easy Mock Trial Invitational in the 2021-2022 academic year. Students also have the option to join the Speech and Debate Team, which has competed since 2019.

As for Rodgers, he has decided where he will earn his Juris Doctor degree. Having received a full scholarship from the NAACP Legal Defense Fund as a part of their inaugural Marshall-Motley Scholars Program, Dillard’s former SGA president will continue his legal journey at Cal Berkeley’s law school.