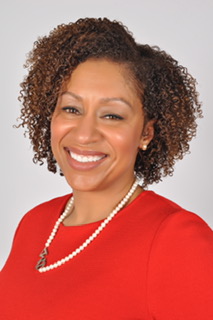 Broussard was nominated October 28. Afterward, on October 30, her nomination was sent to the U.S. Senate who then confirmed Broussard 92-4. Sen. Chuck Schumer said, in a statement, “Shana Broussard has a distinguished career as a fierce advocate for free, fair, and open elections and will be an outstanding FEC commissioner. I’m proud to have recommended her for this historic nomination. As FEC Commissioner, I have no doubt that Shana will work tirelessly to protect the sanctity of our elections, the wellspring of our democracy, and defend the right of every American to have an equal say in who represents them.”

In a separate statement, Sen. Amy Klobuchar said, “This is a landmark day since Shana Broussard will be the first person of color to serve on the Federal Elections Commission board in its 45 year history. Shana Broussard is an immensely qualified and well-respected attorney who has worked at the FEC for more than a decade. We must restore trust in the FEC, and this confirmation of Ms. Broussard will go a long way towards doing that.”

Beyond making history, Broussard's appointment brings stability to a group that has been fraught with friction. According to reports, the FEC has had trouble conducting critical business because of a lack of commissioners. That business has included campaign investigations, issuing fines and even putting new policies in place. According to Business Insider, there is a backlog of approximately 400 enforcement cases for a commission that had not conducted a public meeting in seven months before their January 14 meeting. In her role as chair, Broussard wants to bring "bring composure, compromise, and common purpose."

Born in Santa Barbara, California, Broussard was raised in Louisiana. Upon earning her bachelor’s degree in political science from Dillard, Broussard attended Southern University Law Center where she earned her J.D. As an attorney, she served as an attorney advisor for the Internal Revenue Service as well as deputy disciplinary counsel for the Louisiana Attorney Disciplinary Board and New Orleans assistant district attorney. Broussard has also served as counsel to FEC commissioner Steven T. Walther. With the FEC, Broussard received the Outstanding Performance Award in 2011 and 2014.

The FEC “was created to promote confidence and participation in the democratic process” according to the agency’s website. Formed on the heels of the infamous Watergate scandal, the FEC is an independent regulatory agency that manages and enforces the federal campaign finance law with jurisdiction over the financing of campaigns for president and vice president of the United States, the U.S. House of Representatives and U.S. Senate.

Broussard continues a legacy of firsts by Dillard alumni going back to its Straight University and New Orleans University days. John W.E. Bowen Sr., an 1878 NOU graduate, is one of the first African Americans to earn a Ph.D. Famously, P.B.S. Pinchback, an 1885 graduate of Straight, is Louisiana's first Black governor. Also among the University's legacy of leadership are:  the late Revius O. Ortique '47, the first Black Louisiana Supreme Court justice; John Glapion '64, the first Black director of the New Orleans Recreational Department; Ruth J. Simmons '67, the first Black and first female president of an Ivy League institution; Carl Stewart '71, the first Black chief judge of the 5th Circuit Court of Appeals; Melanie Davis '80, the first woman to officiate an NCAA Division I men's tournament basketball game; and Glenda McNeal '82, the first Black woman to serve on the American Express executive committee.

Stories From The Oaks

DU In The News