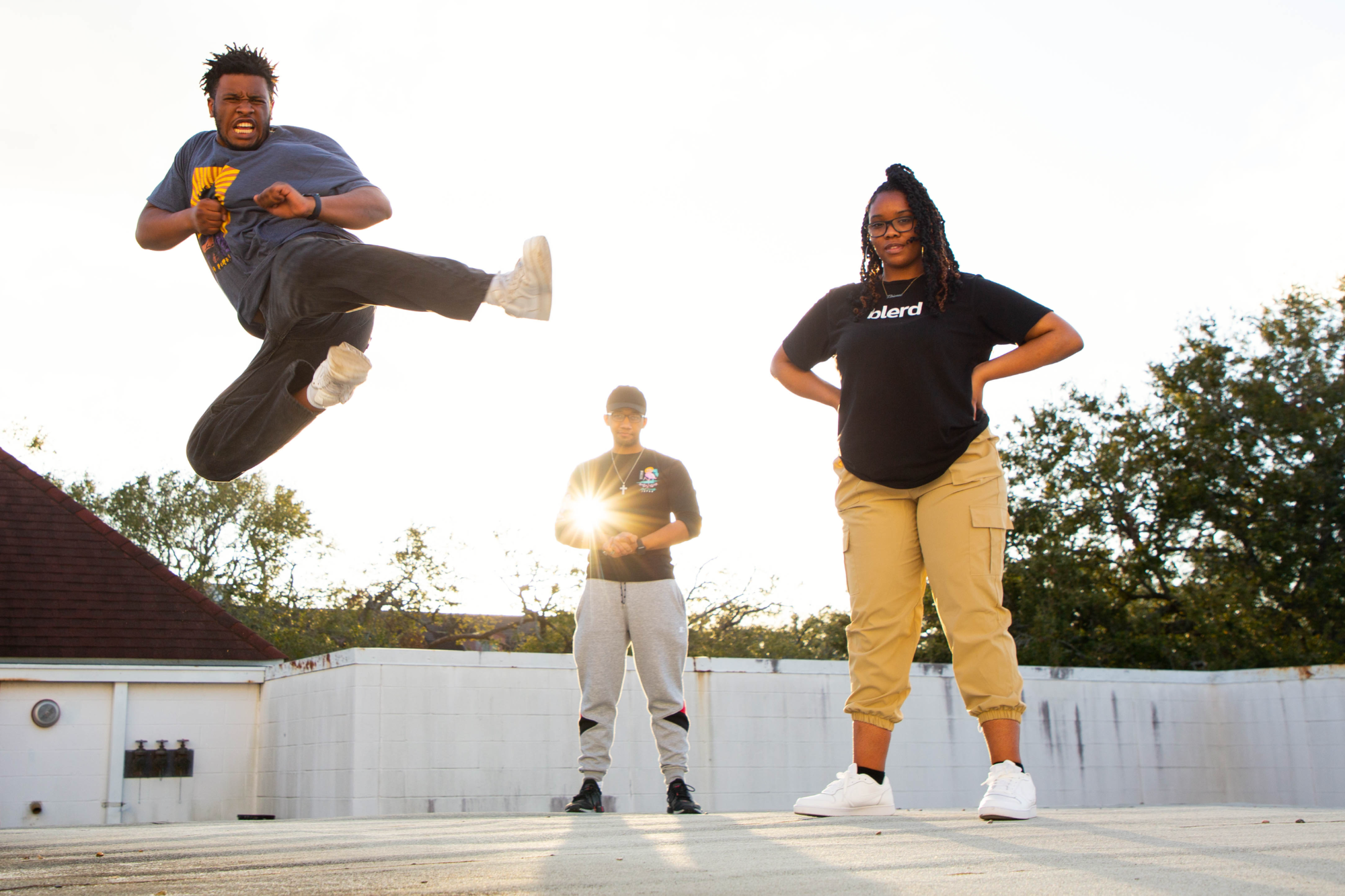 William Shelton had an active imagination as a child, but there was a particular creative style that caught his attention. He couldn’t describe it, but it took his imagination to another level. “I often visualized myself in these alternate worlds,” says the junior English major from Nashville. At first, he saw examples of the genre in comic books then, he says, it expanded to music. “Childish Gambino’s ‘Awaken My Love’ and ‘3.15.20’ are huge favorites of mine. I’m also a big fan of Janelle Monáe’s ‘Dirty Computer.’”

When asked about other Dillard University students who are into the mysterious genre, Shelton isn’t so sure that others on campus share his appreciation. He is wrong.

The genre is Afrofuturism. It is an African diaspora-inspired technological, futuristic cultural style that permeates literature, music, fashion and other creative areas. The term was coined by author and critic Mark Dery in 1994. Some figures of Afrofuturism include authors Octavia Butler, Samuel R. Delany and N.K. Jemisin as well as music artists Monáe (who served as Dillard’s commencement speaker in 2017), Erykah Badu and Missy Elliott. It should be noted that the modern Afrofuturism movement was heavily inspired by the music of jazz composer Sun Ra and funk music legends Parliament. There is also the art of Jean-Michel Basquiat and the photography of Renée Cox.

The world is going to get a healthy dose of Afrofuturism with the release of “Black Panther: Tales of Wakanda.” An event to celebrate the release of the anthology took place March 10. Hosted by Dillard’s Department of English and School of Humanities, the event consisted of a panel discussion that was facilitated by Dr. Mona Lisa Saloy, professor of English.

Kim McMillon, who will be teaching a course on Afrofuturism in the summer at the University of California Merced, was also excited. She is a publicist who felt that Dillard was an ideal host. “We had to do this at an HBCU.” It was McMillon’s familiarity with Saloy and her work as a literary scholar that made Dillard her top pick. Saloy believes that Dillard was an appropriate kickoff host because of the University’s reputation for “raising writers.” She points to her former student and Pulitzer Prize winning poet Jericho Brown, former Louisiana poet laureate Brenda Marie Osbey and Tom Dent. “Jericho generously credits ‘Fair Dillard’ as his training ground as a professional writer,” she says.

"Black imagination is unbounded and infinite." Danian Darrell Jerry
For its fans, the mystique of Afrofuturism goes beyond sci-fi trappings. McMillon sees the genre as a way out of works that focus on African Americans’ dark past. “(In Afrofuturism), we come out as winners,” she says.

"Drawing upon the rich history and heritage of Africa and her diaspora, today artists from Africa and around the world create futurisms that reflect their journeys and vision, new mythologies across mediums and genres that speak of transcendence and flight, alternate worlds, and new ways of being," says Sheree Renée Thomas, editor of The Magazine of Fantasy & Science Fiction and panel moderator.

Author Kyoko M. appreciates how Afrofuturism covers an expanse of spectrums. “It explores concepts often left off the table by other cultures, whether intentionally or unintentionally. It is an unapologetic genre of fiction that reminds the world that there is more color to stories than they think, and infinitely more imagination as well."

The genre inspires vibrant creativity among its fans at Dillard. Shelton appreciates its ability to “bend reality” without sacrificing elements of Black history and culture. “I love to view art that encourages thought, especially when the creator looks like me.” 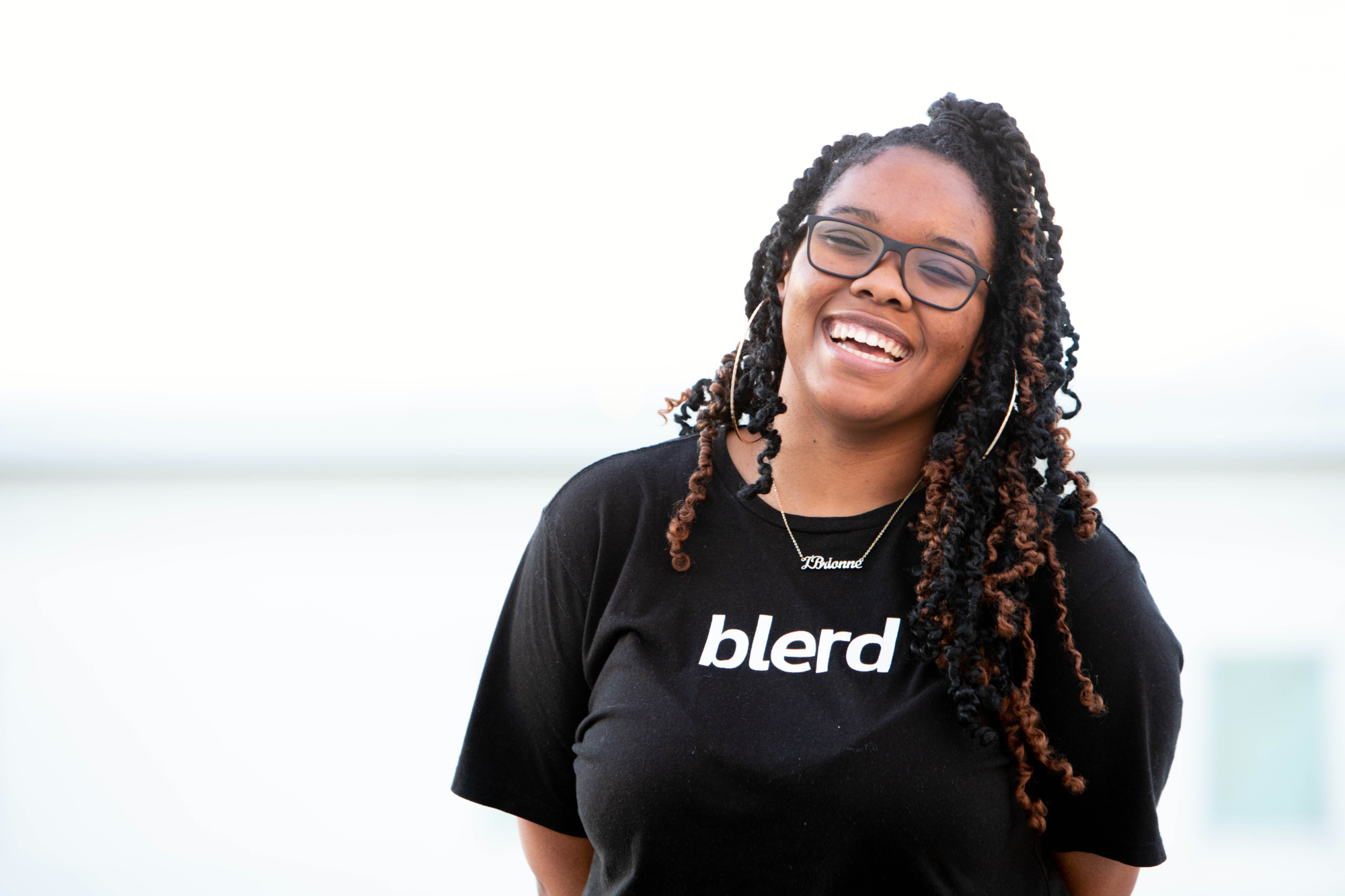 Octavia Butler’s “Kindred” and the film “Black Panther” spoke to J’Brionne Helaire. “I prefer being able to read about and see Black people be successful and inventive and themselves unapologetically,” says the freshman mass communication major from Cecilia, Louisiana.

“Not having to confine myself to what society was trying to force feed me along with other Black girls through media, Afrofuturism is an act of  rebellion; and I was protesting against a lot of standards and still am,” says Cammy White who earned her degree in visual arts in 2020. A program assistant for the New Orleans African American Museum, White was introduced to Afrofuturism by John Barnes, coordinator of Dillard’s visual arts program and her former professor. She was also a curatorial fellow for the exhibit “Welcome to the Afrofuture: Ground Zero” in partnership with Afrofuture Society. 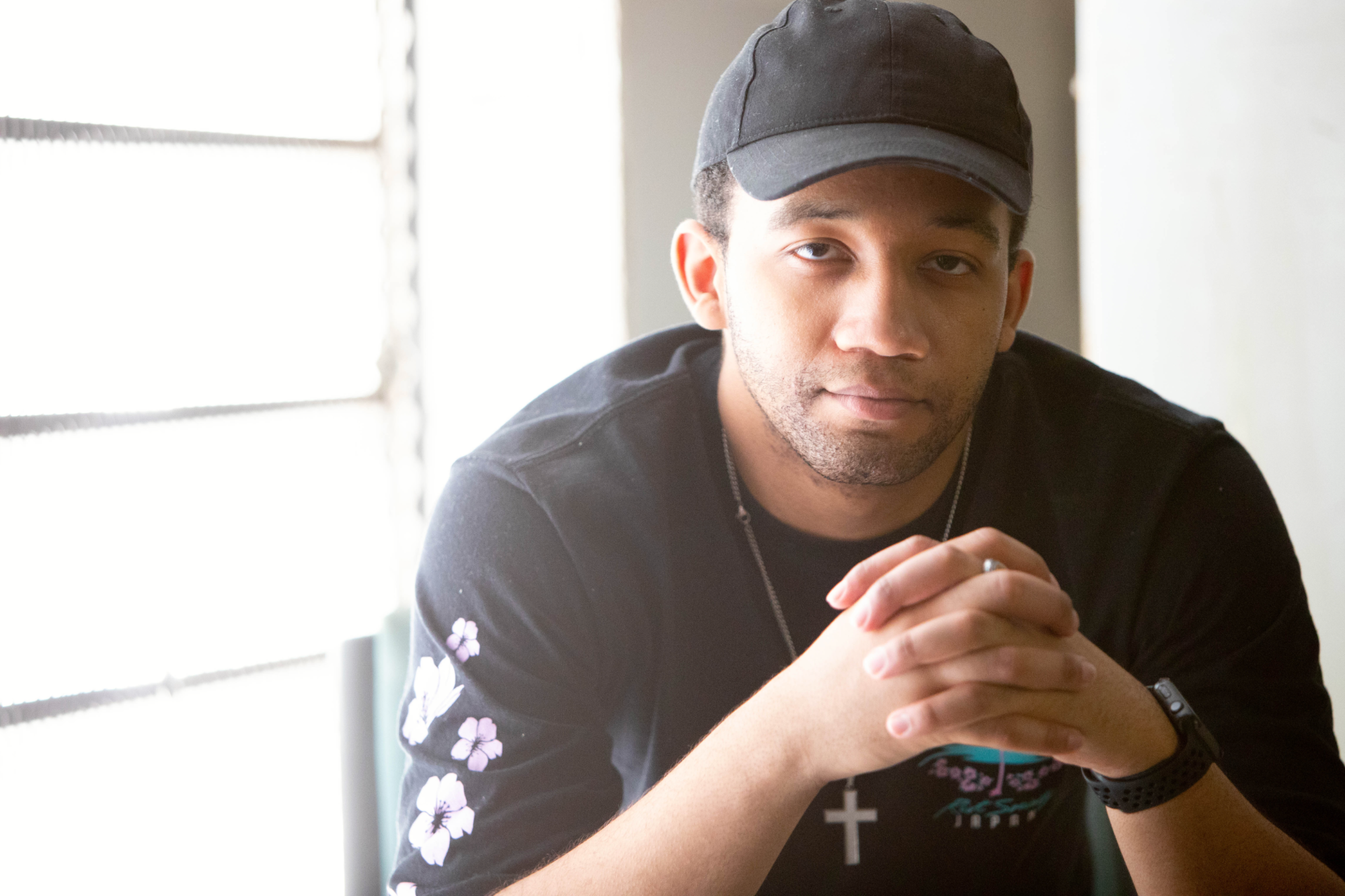 For Christian McGary, a junior English major from Horseheads, New York, Afrofuturism battles stereotypes of Africa and people of African descent. “A lot of people believe Africa, as a continent, is mostly huts and dangerous people,” he says. “Afrofuturism does a great job exploring an entirely new world while fighting stereotypes, but at the same time still connecting to African roots and culture.” 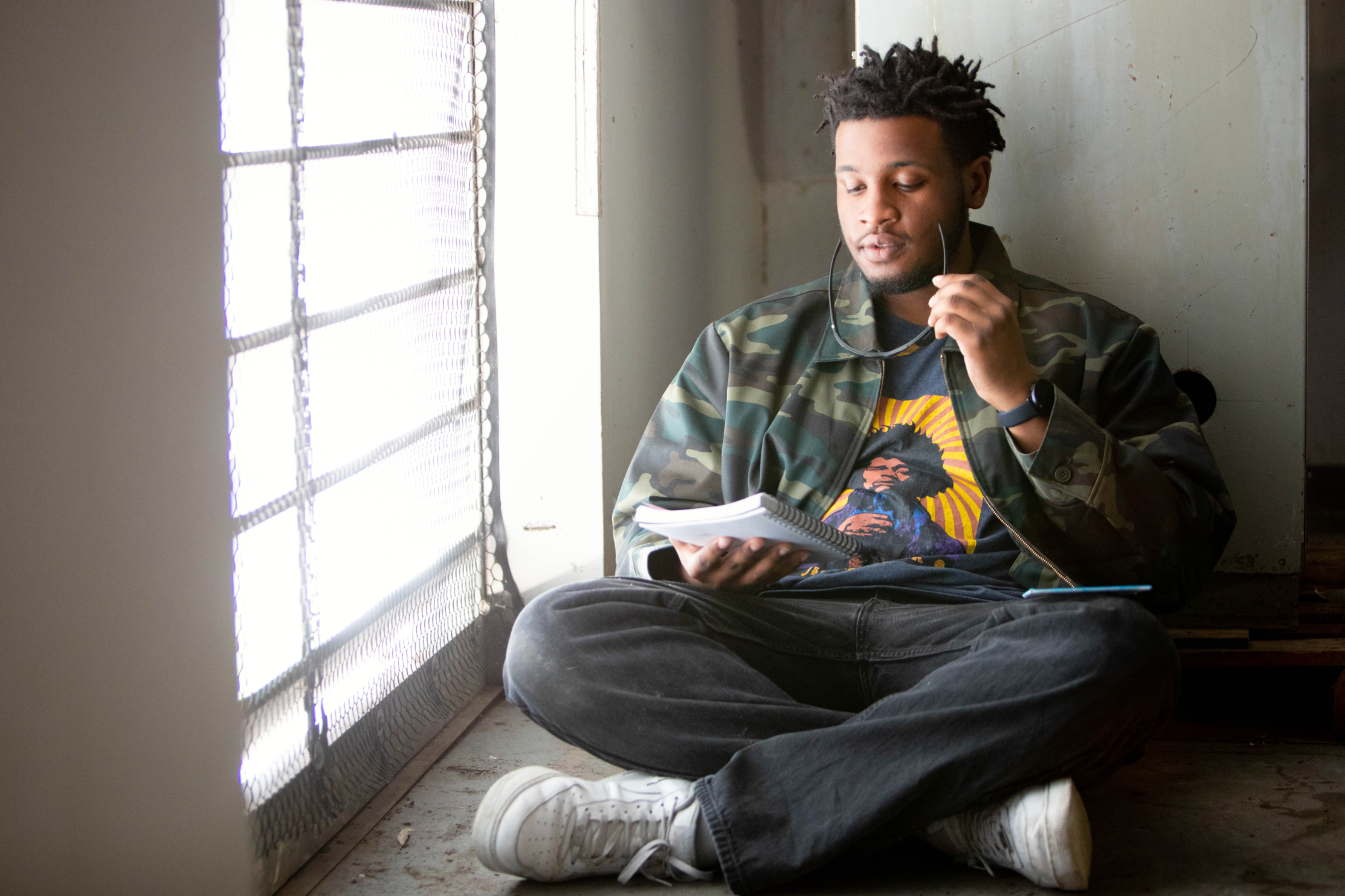 Treston Egby, a junior physics major from Opelousas, Louisiana, looks to use Afrofuturism in architecture as a vehicle to create a better

quality of life for African Americans in cities across the country. “With architecture, I especially hope to capitalize on this by using styles such as Art Deco and Deconstructivism to bankrupt them of their Eurocentric lens.”

Bursting with anticipation
If Egby’s thoughts are any indication of how deeply Afrofuturism fans feel about the genre, then the “Tales of Wakanda” panel discussion was well-received. McMillon understands based on virtual talks that she has attended in recent months. “There have been 70-100 people at these talks, including people from other countries,” she says. McMillon says that attendees have been so moved by the virtual talks that they have almost shed tears during the events.

Shelton’s experiences reflect those emotions. “There’s lots of joy seeing a movie like ‘Black Panther’ and realizing that Black kids will not only have their imagination, but physical proof that they can create anything and still be unapologetic selves, going against society’s view of blackness as monolithic,” he says.

The panel discussion for “Black Panther: Tales of Wakanda” consisted of a who’s who of Afrofuturism creatives:


Copies of the anthology are available at the Dillard University Bookstore or on Amazon.