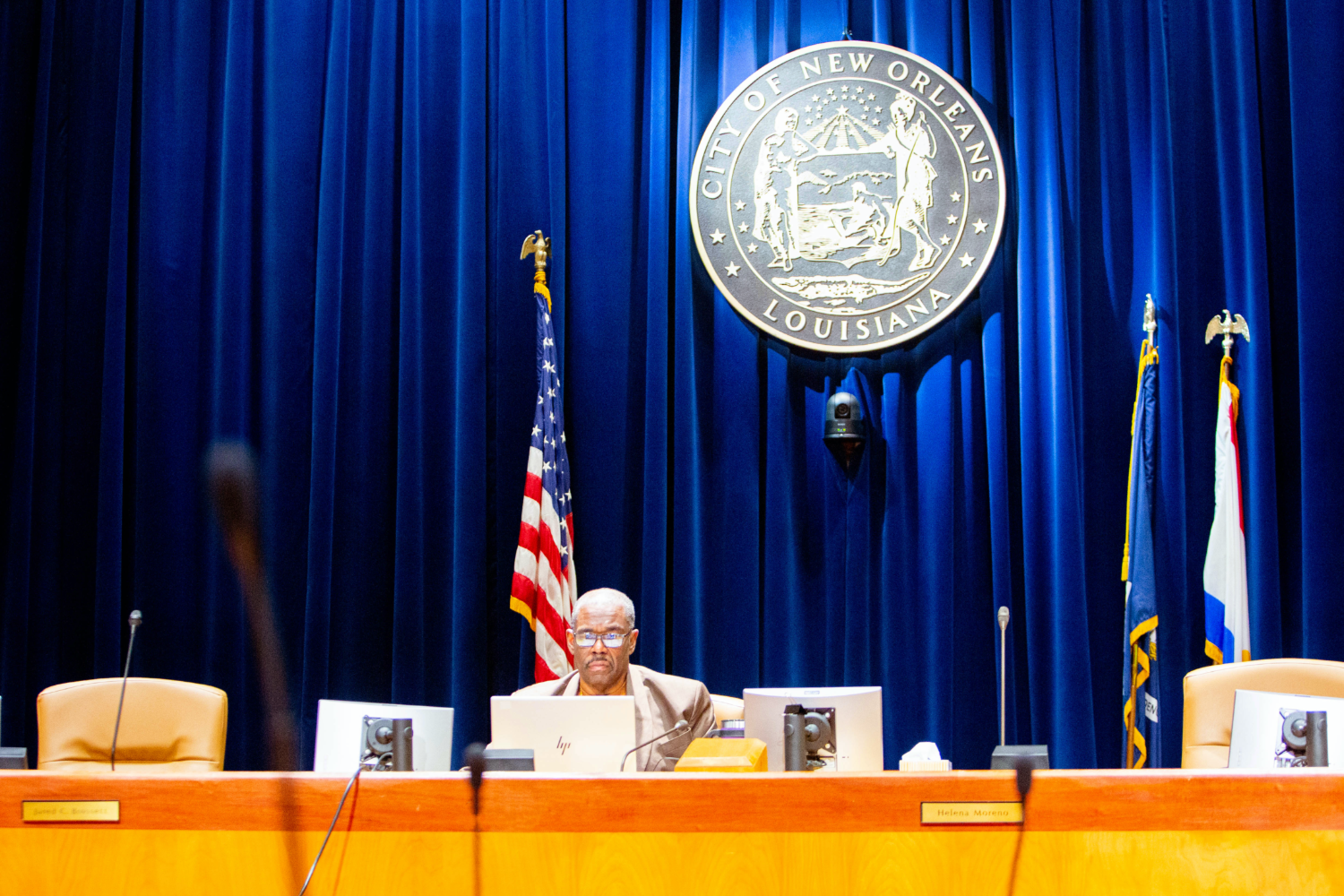 A native of New Orleans Councilmember Banks is a lifelong resident of the community that he serves, District B. Councilmember Banks believes in his roles as an elected official and a servant leader. He graciously granted OCM access to both his public and personal lives to tell his story of living out his alma mater’s mission in a four-part series that is running weekly throughout the month. The following photos we taken by Sabree Hill, Dillard's university photographer. 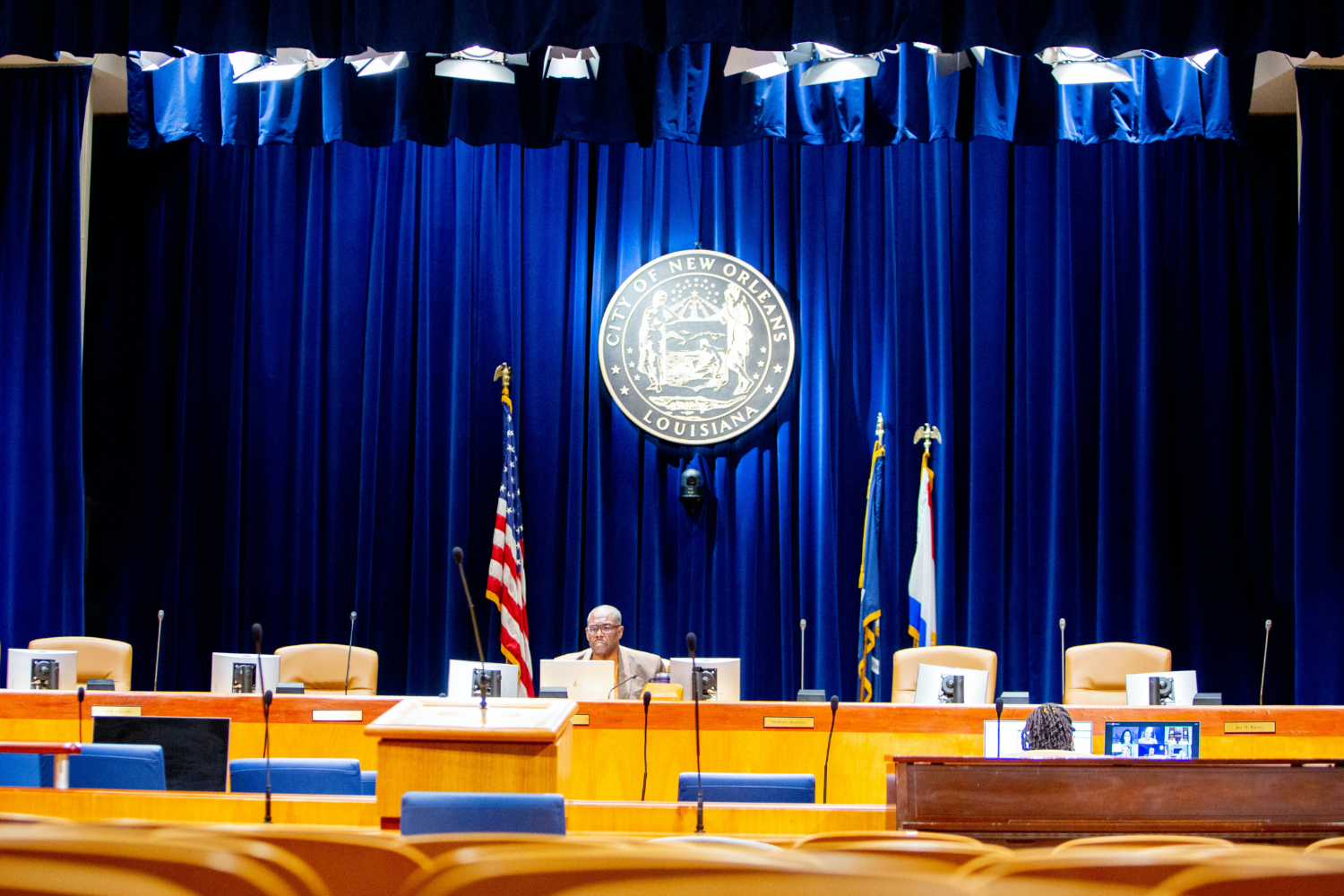 As different as conducting the business of city government looks, the show must go on. Councilmember Jay Banks conducts a joint virtual Criminal Justice and Community Development Committee meeting from his laptop in the chambers of New Orleans City Hall on January 25, 2021. Before COVID-19, the chambers would be filled with fellow councilmembers, committee members, partners responsible for crime prevention and concerned citizens. 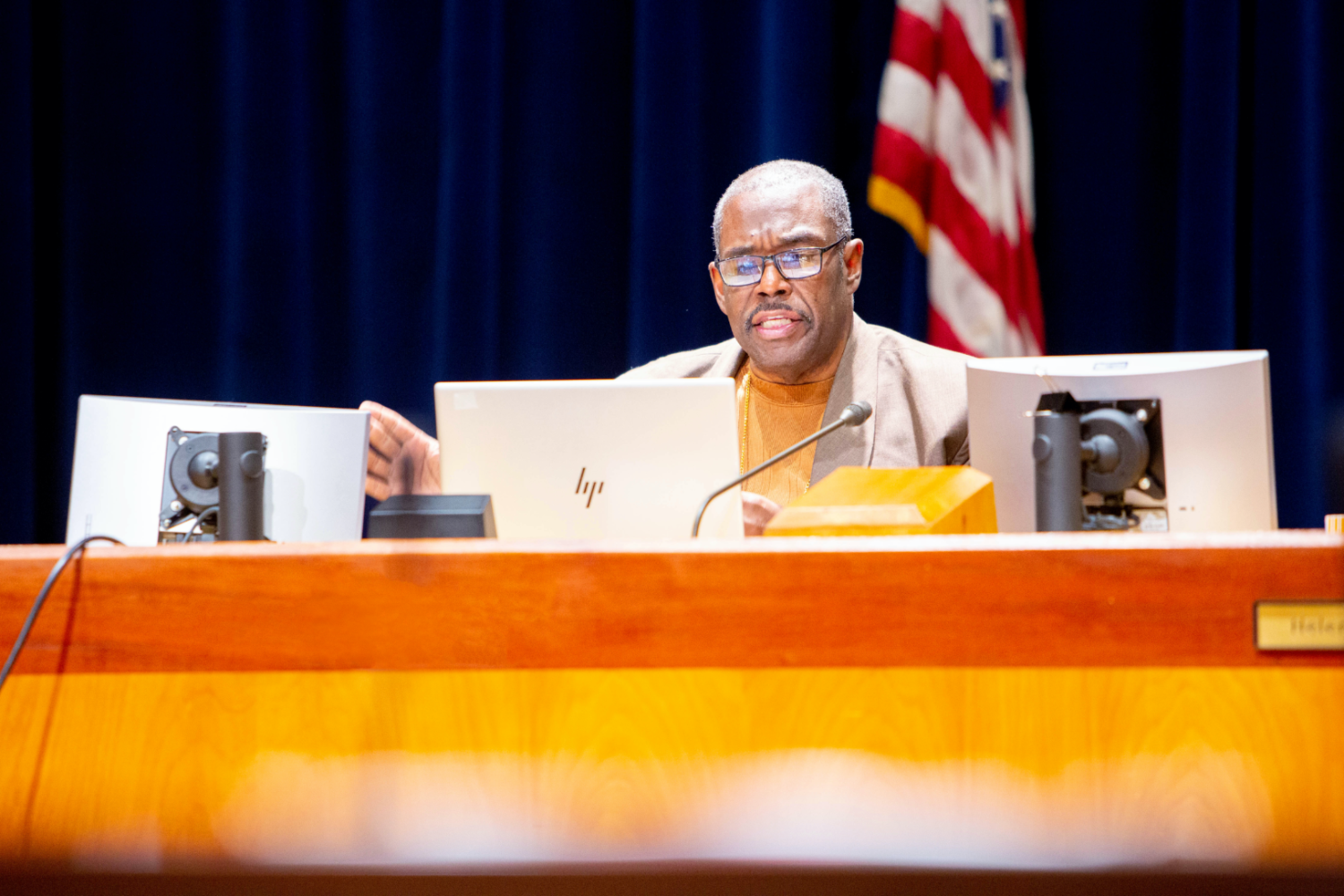 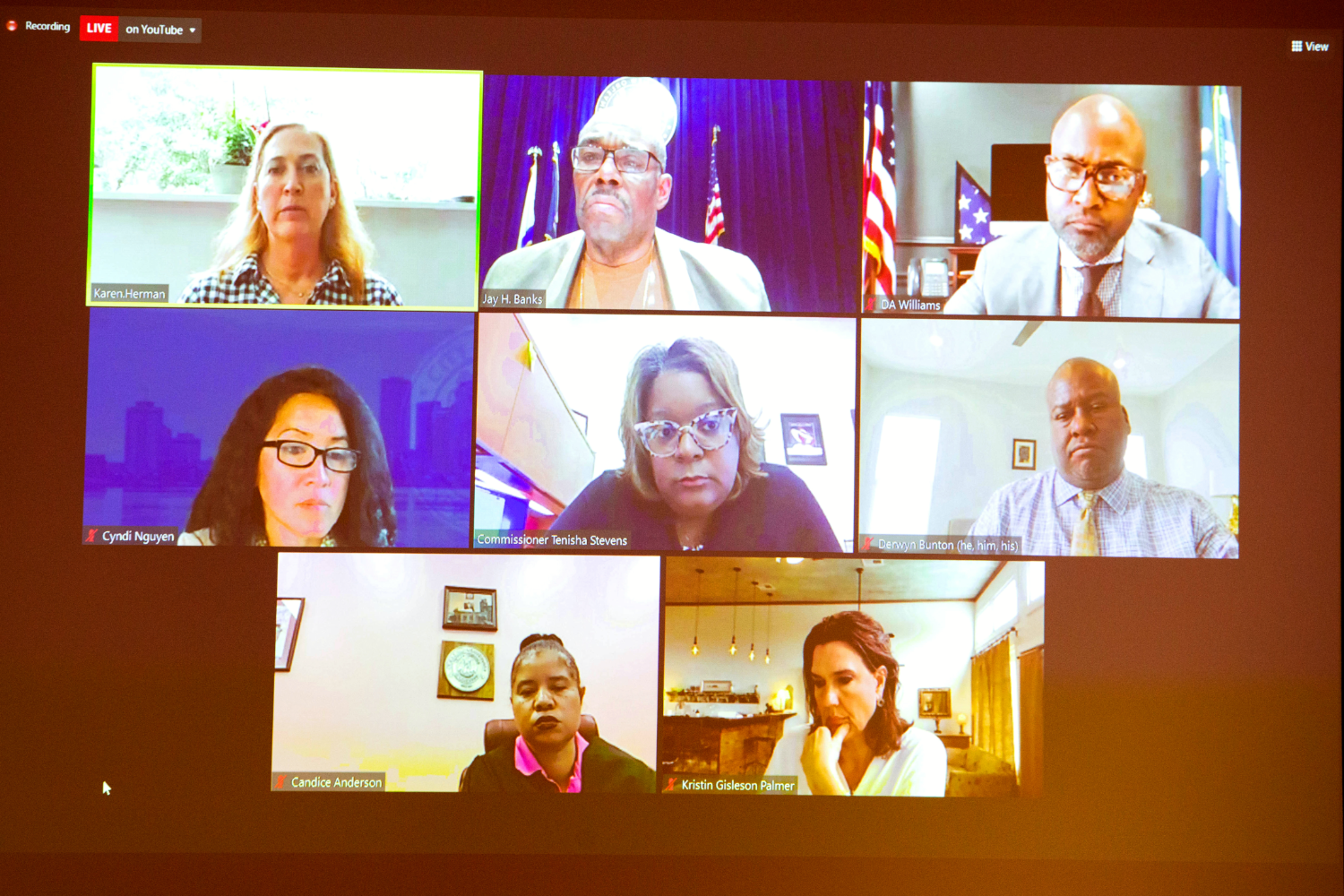 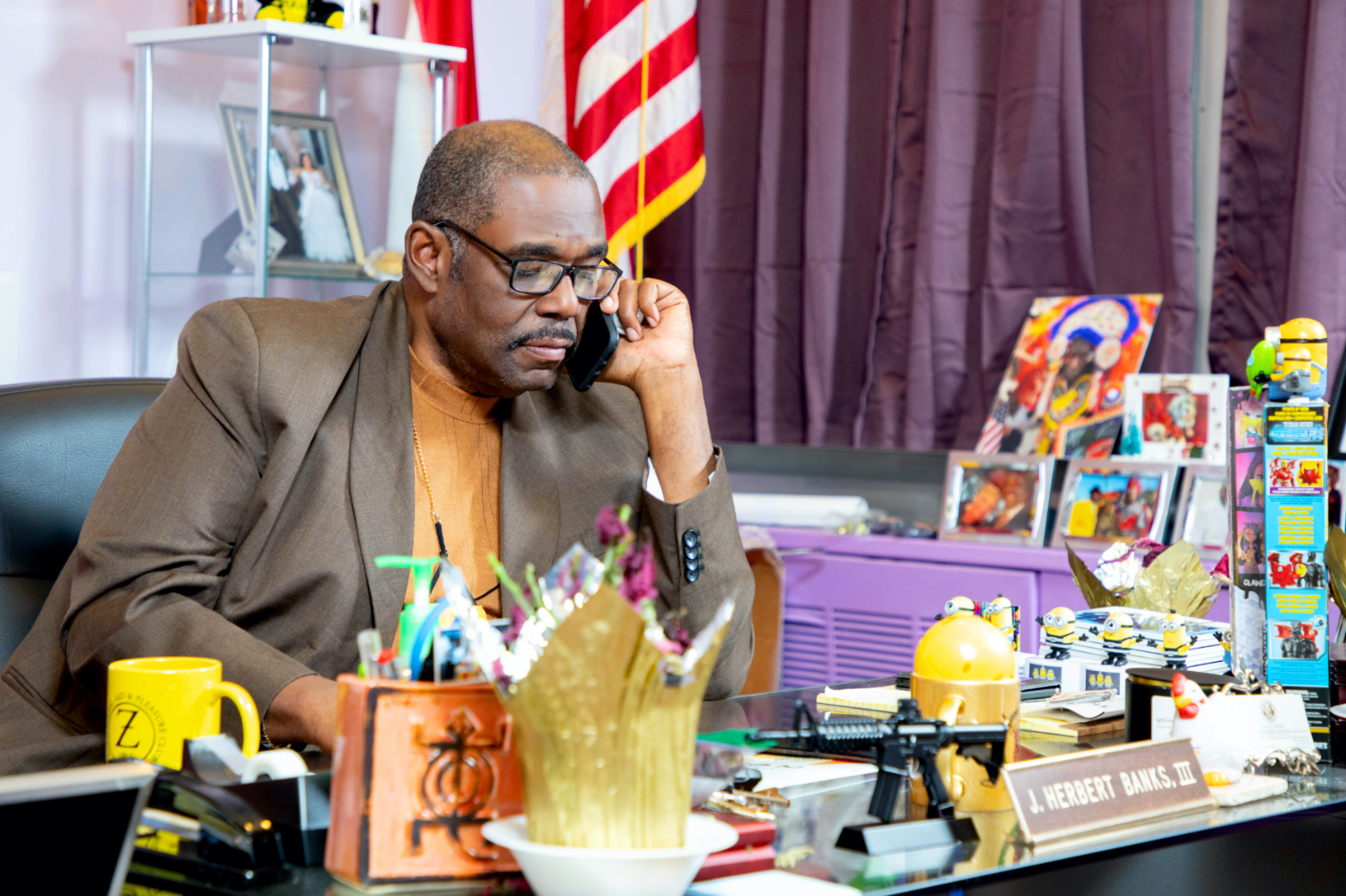 Sitting at his desk in City Hall, Councilmember Banks makes important phone calls to citizens of District B on January 25, 2021. 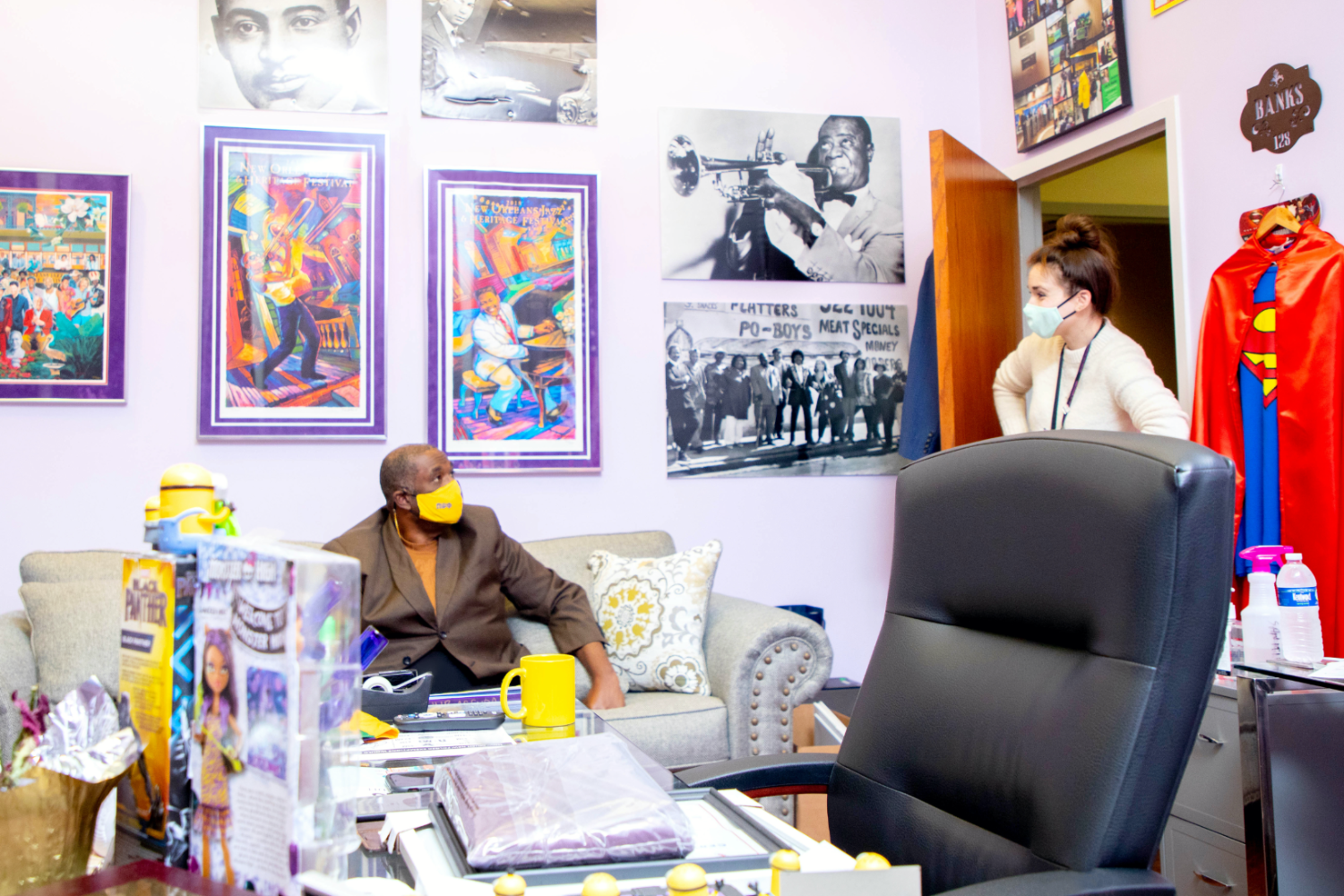 Director of Land Use for District B, Jenna D. Burke, peaks into Councilmember Banks' office for a quick question. 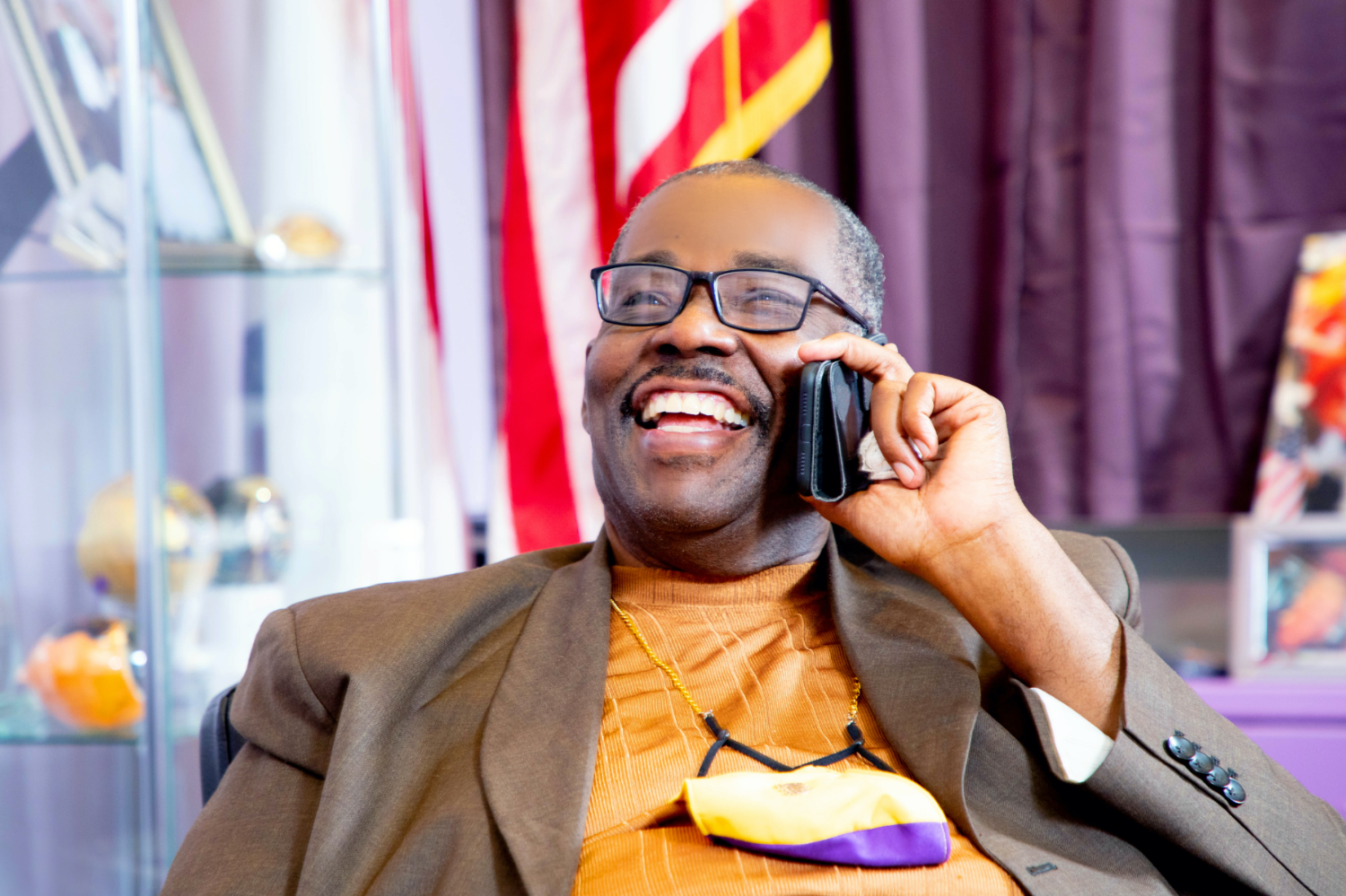 Towards the end of a busy day, Councilmember Banks takes a minute to call his 18-month-old grandson, which always puts a smile on his face. 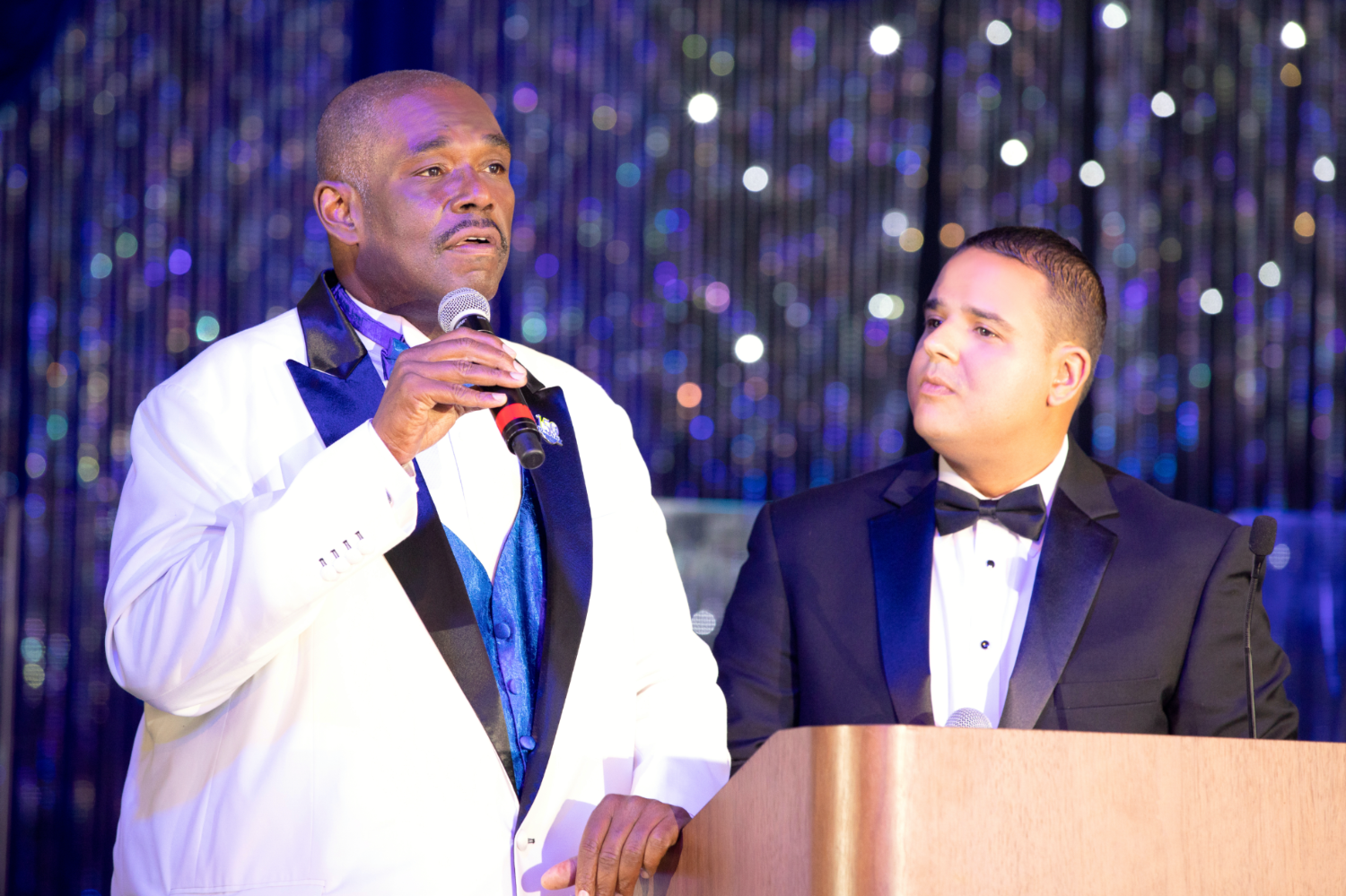 Dillard stays in Councilmember Banks' heart. He celebrated the University's sesquicentennial with his usual rousing words at the 150th Founding Gala at the Hyatt Regency New Orleans on May 11, 2019. Fellow councilmember, Jared Brossett who represents Dillard's community (District D), also joined the University for the celebration.