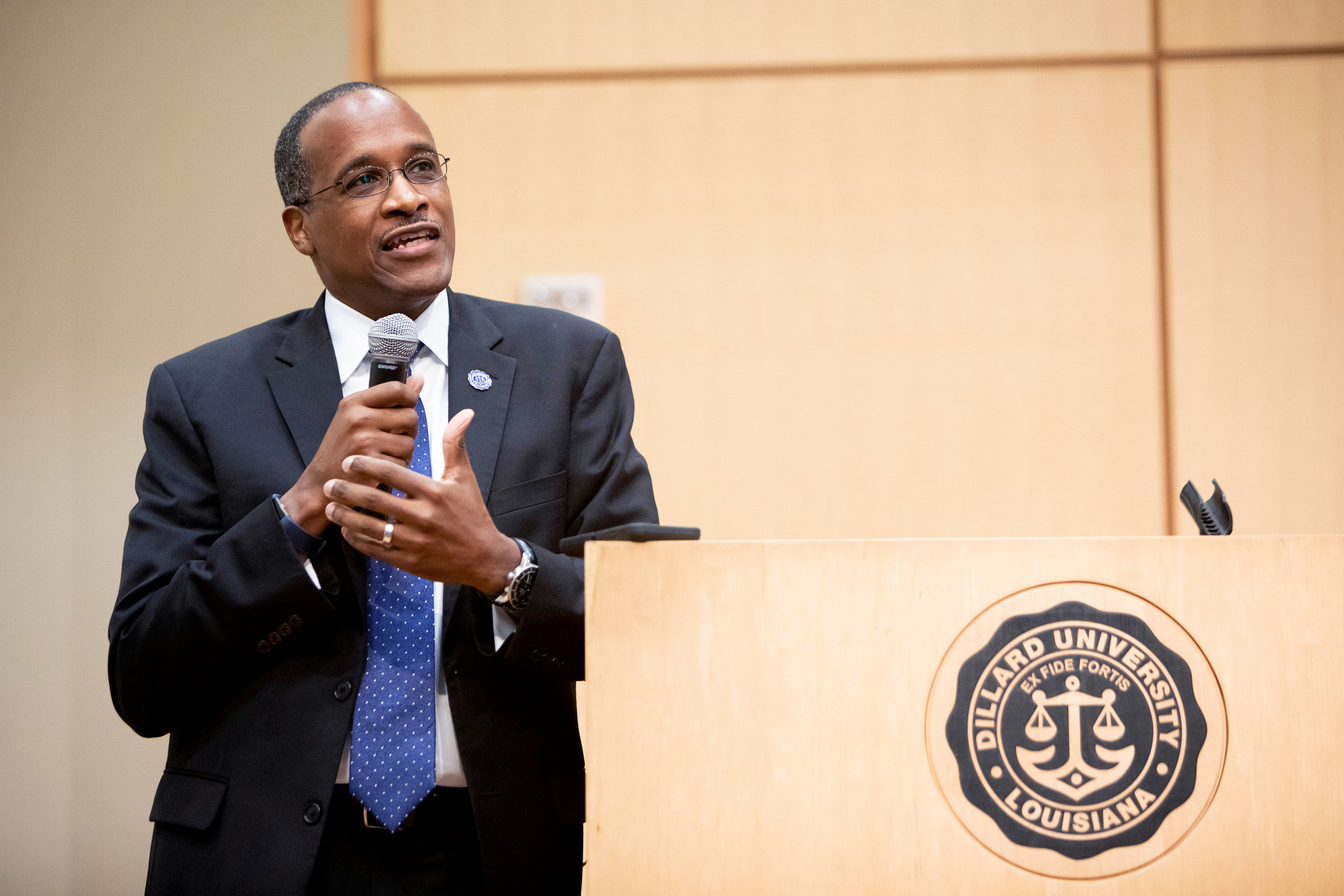 
Dr. Walter M. Kimbrough has made quite an impression on Dillard and beyond during his time on The Oaks. In this series, we are celebrating the legacy of the University's seventh president by highlighting seven of his significant accomplishments as Kimbrough prepares to say "fair thee well" to the Dillard community.

Fundraising at Dillard has increased exponentially over the past 10 years. With an alumni giving rate that had begun its increase from 4% to 23%, the University was already positioning itself for increased funding, particularly in private gifts.

In 2015, Dr. Marc Barnes, vice president of institutional advancement, received a call that, as he told Dillard Today, almost made him drop his phone. Jimmie Edwards, a chemistry graduate who made history as the first Black sales representative at Union Carbide, committed to a gift of $1 million. It was, and is still, the largest single gift from an alumnus.

In 2016, the Office of Development proposed that Dillard take advantage of GivingTuesday. That year, the University raised over $64,000, a feat that intrigued Kimbrough. He pushed for more the next year, and the University earned nearly $200,000 in gifts. The 2018 total jumped to just over $300,000. Dillard’s supporters provided over $550,000 in 2019; and, in 2020, the University exceeded its goal of $750,000. For Kimbrough’s last GivingTuesday, Dillard exceeded the next logical goal by taking in more than $1.3 million.

Ever the competitor, Kimbrough quipped that his fundraising team is lucky that he is leaving, because the 2022 goal would definitely be higher.

Fighting its way through the COVID-19 pandemic, Dillard received a surprise gift. In December of 2020, philanthropist MacKenzie Scott announced that she would donate $5 million to Dillard, making it the largest single private gift in the University’s history.

In 2021, Dillard would receive yet another major gift. The law firm Kirkland & Ellis–of which Dillard alumnus, Michael Jones, is the first Black partner–announced that the Center for Racial Justice would receive a gift of $5 million to create an endowment to fund paid internships at various civil rights and public interest organizations.

Most notably, Dillard’s endowment has experienced extraordinary growth from $48.6 million to $105 million under Kimbrough’s leadership.