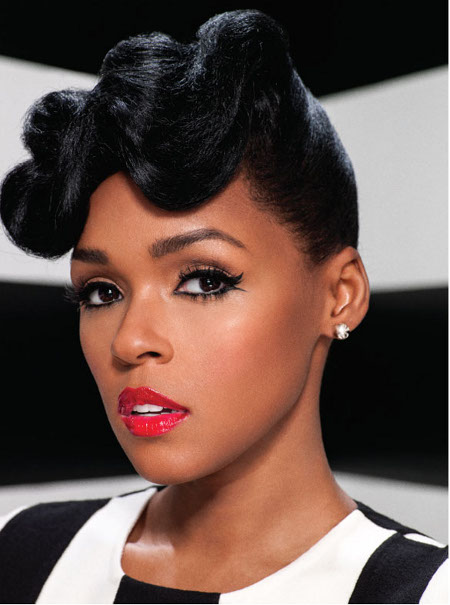 NEW ORLEANS – Dillard University will hold its 81st Commencement on Saturday, May 13, at 8 a.m., on the historic Avenue of the Oaks. The University will confer more than 160 undergraduate degrees that day.

The University is proud to announce that multi-talented superstar Janelle Monáe will deliver this year’s commencement address. Monáe (Wondaland Arts Society/Bad Boy Records/Atlantic) is a multi-Grammy nominated singer-songwriter, performer, actor, producer and CoverGirl spokesperson known for her unique style and groundbreaking sound. She’s also known for her activism speaking out against social injustices, police brutality and civic rights. Last fall, Monáe launched Fem the Future, an initiative to create more opportunities to advance the awareness, inclusion and opportunities for women and those who identify as women through music, arts, mentorship and education.

“Janelle Monáe’s significant accomplishments in music and particularly, film and STEM, both signature programs here at Dillard, along with her activism made her the ideal person to deliver a timely message to our graduates,” President Walter M. Kimbrough, Ph.D., said. So for more than a year, he pursued Monáe for the University’s commencement speaker. Kimbrough tracked her down going through magazine reporters, record companies, and finally the national president of Alpha Kappa Alpha Sorority, Inc., to get her here. He said: “I believe this is her first commencement speech and we are very excited to see this day come.”

Immersed in the performing arts at a young age, she founded her record label the Wondaland Arts Society releasing the EP "Metropolis: Suite I (The Chase)." In 2010 Monáe released the highly anticipated and critically acclaimed “ArchAndroid,” which earned her two Grammy nominations, including one for the hit single “Tightrope.” In 2013 she released her highly- acclaimed album “The Electric Lady” which marked her highest first week debut in the Billboard Top 200 Chart. The album's first single “Q.U.E.E.N.” garnered rave reviews and the accompanying video received a coveted MTV VMA Moonman. In February of 2015 Monáe launched her very own label, Wondaland Records.

As 2016 closed, Monáe took her talent to the silver screen, starring as a lead actor in the dramas Hidden Figures and Moonlight. Both films earned Oscar nominations for Best Picture, with Moonlight winning the award at the 89th Academy Awards. Hidden Figures centers around the true story of three African-American women who work for NASA and help make John Glenn the first person to orbit the Earth in 1962. The film also stars Octavia Spencer, Taraji P. Henson, and Kevin Costner.  Hidden Figures won a Screen Actors Guild Award for Outstanding Performance by a Cast in a Motion Picture. Moonlight, produced by Brad Pitt’s Plan B Entertainment and A24, chronicles the coming-of-age of Chiron (Ashton Sanders, Trevante Rhodes), a young man facing an uphill battle with his sexuality during Miami’s turbulent war-on-drugs era in the 1970s. Moonlight also stars Naomie Harris, André Holland and Mahershala Ali.

Monáe hasn’t allowed her fame to silence her from being vocal on injustices. Conversely, Monáe has used fame as a platform and her political activism is well-documented. During a 2015 performance on NBC’s “Today,” Monáe performed her protest song “Hell You Talmbout.” Last February, Monáe performed at a concert in Flint, Mich., to raise money for the city’s recent water crisis. In January, after the most recent presidential election, she spoke and performed at the Women's March on Washington that drew a record-breaking crowd.

Using Hidden Figures as a catalyst, Monáe has become an advocate for STEM, and in an interview with Teen Vogue she said: “ I hope we see more girls from all backgrounds working in STEM [science, technology, engineering, mathematics] as a result of it being on-screen.”