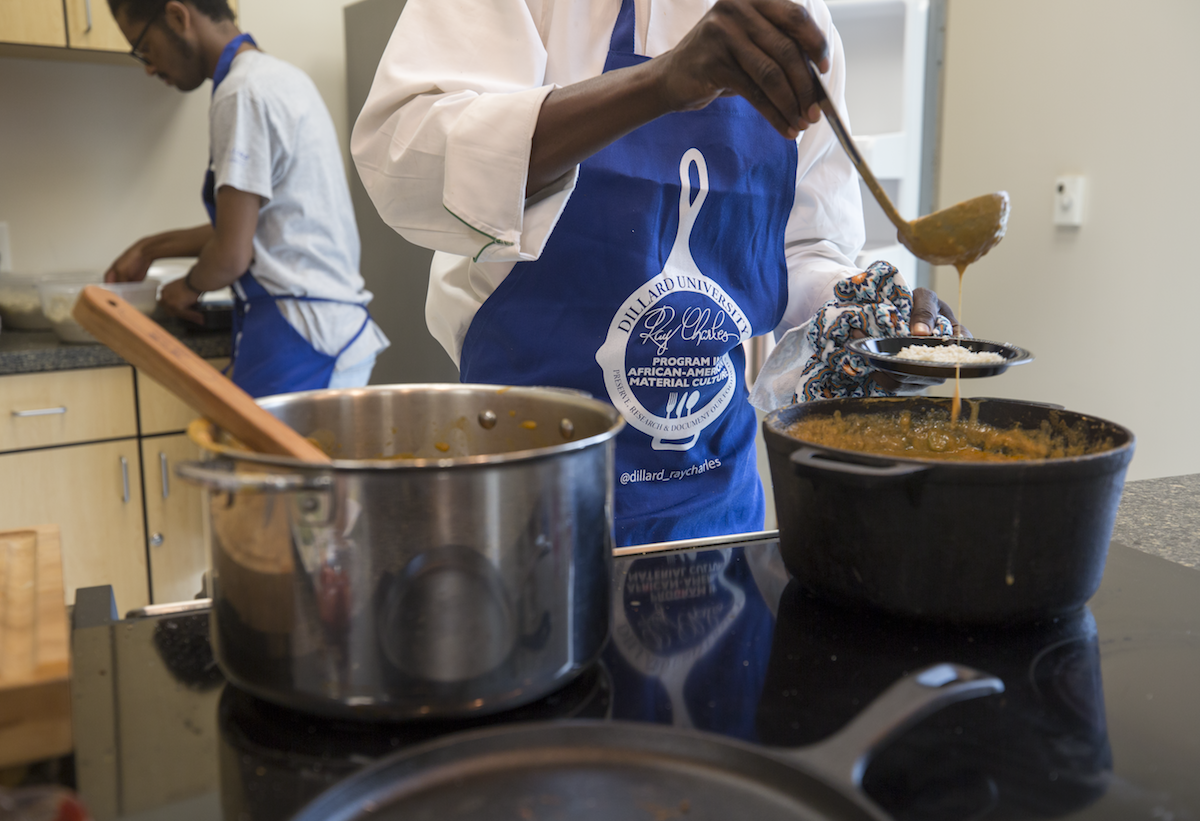 Pierre Thiam "The King of New African Cuisine" during a cooking demo.

“A lot of prayer and looking [at] how to engage our students,” Palmer said about the output of events from her office. Last fall, her program was involved in or produced the following: “From the Bayou to the Low Country: Creole and Gullah Cooking Experience”; “From Mouss'or to Tignon: The Evolution of the Head-Tie,” an exhibition by British-Nigerian photographer and DU Ray Charles Program Artist-in-Residence Juliana Kasumu; the Nellie Murray Feast, a Late 19th Century Creole Feast to raise funds for the Leah Chase: Queen of Creole Cuisine documentary; and the short documentary: The Story of New Orleans Creole Cooking. 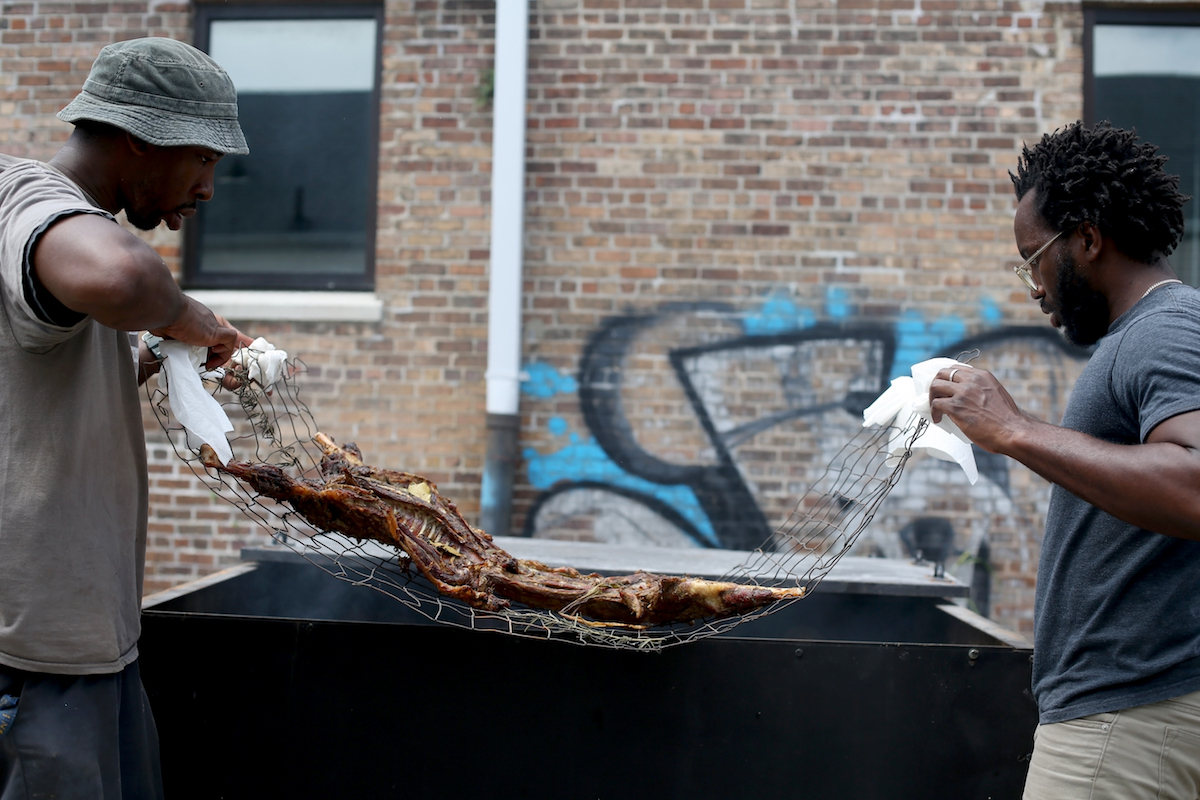 Dr. Howard Conyers, a rocket scientist and pitmaster, and Tunde Wey, chef and writer, work on a lamb during the From the Low Country to the Bayou event.

The work of the program was envisioned by the late, legendary musician Ray Charles. Palmer said Charles understood the importance of institutionalizing a program to study the African-American experience and the diverse cultures that it produced. “You can not pass down traditions and oral stories to the next generation unless you are actually immersed in the culture and performing lost traditions,” Palmer said. 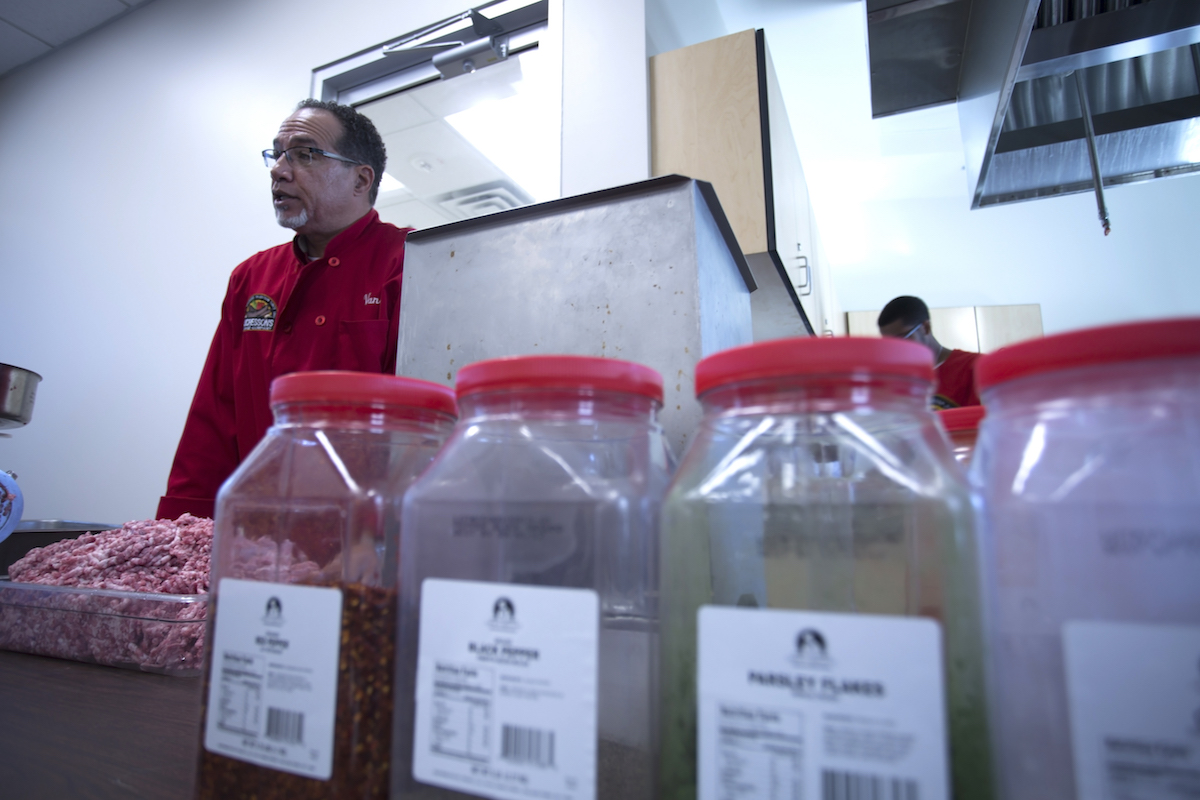 She explained how the program is built around community-engaged, hands-on, project-based learning. “Having the program at Dillard University in New Orleans, Louisiana, the culinary capital of the United States and in one of the most cultural cities in the U.S., gives the work that we do a central understanding of how rich and nuanced African American culture truly is.”

The Ray Charles Program is partnering with the Whitney Plantation to tell untold narratives, working with a collective of people who are passionate about telling the story of Black New Orleans. Participating in the program has also allowed students to garner professional experiences by working with some of the top chefs, historians, and food writers in the country. 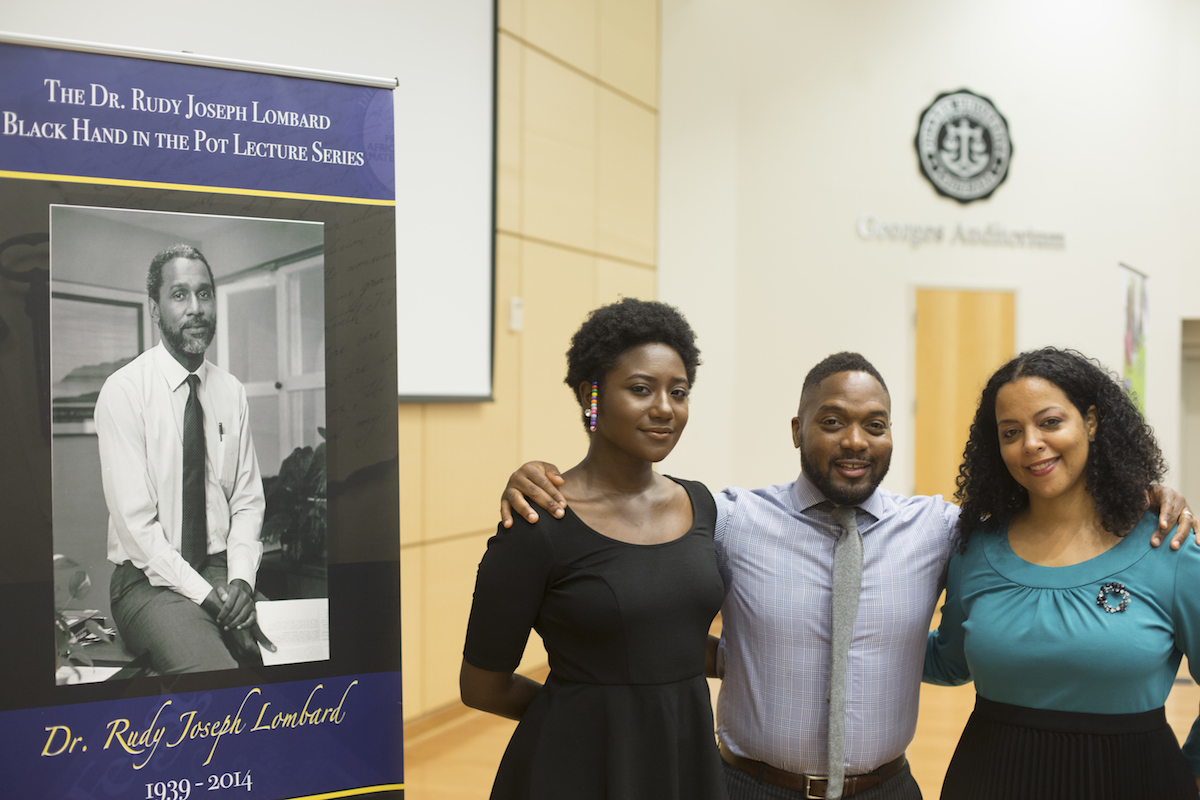 “It’s amazing to see how much we lost, but how much we’ve also maintained,” Palmer declared about African-Americans and their culinary traditions. They are trying to rebuild every skill and trade that African Americans had for those hundreds of years, since the institution of slavery began, she asserted.

“Our food was never quick and easy;it was meant to be shared and loved, and it’s always had a story behind it,” Palmer said.

Among Palmer’s flash fried thoughts and slow cooking ideas is a staple on the Center’s menu of programming, the Dr. Rudy Joseph Lombard Lecture Series. Lombard, a New Orleans native and civil rights activist, was also the  author of Creole Feast: 15 Master Chefs of New Orleans Reveal Their Secrets, a book of culinary stories that was an impetus for Palmer to establish the speaking series. To date, important figures in the culinary world such as Dr. Howard Conyers, Bryant Terry, Michael Twitty, Edie Mukiibi, Vance Vaucresson, and Pierre Thiam have spoken, recounted the history, and given cooking demonstrations at Dillard. Palmer said: “We are trying to preserve what’s left.”