Dillard University is proud to have a long, rich history of preparing students for the legal profession. Straight College, one of two HBCUs that would join to form Dillard University, opened its law program in 1869. Graduates of the program could be admitted to the Louisiana State Bar without examination. The first African American graduate of the program was the illustrious Louis A. Martinet. Together, he and Rudolphe L. Desdunes, another esteemed graduate of the Straight College law school, fought against Jim Crow segregation. Most notably, they were involved in Plessy v. Ferguson, the landmark Supreme Court case regarding segregation in 1896. P.B.S. Pinchback was also a product of Straight's law program.

Justice Revius O. Ortique Jr., another distinguished Dillard alumnus, was yet another champion of law and advocacy. A 1947 graduate, Justice Ortique went on to become the first African American to serve on the Louisiana State Supreme Court, among many other accomplishments. To honor him, Dillard University dedicated its Justice Revius O. Ortique, Jr. Mock Trial Center in his name in 2010. Students can gain practical experience in a mock courtroom by joining our Mock Trial Team or take advantage of the archival documents and lectures offered by the Mock Trial Center. In particular, the Justice Revius O. Ortique, Jr. Law and Society Annual Lecture is an excellent resource for students and the community on public issues.

So integral is Dillard's presence in law that the Greater New Orleans Louis A. Martinet Legal Society, Inc., whose founders include Dillard alumni Robert Collins Sr., Nils Douglas and Ortique, bestows the Louis A. Martinet Award on a figure from the legal community as well as scholarships named for Martinet and Ortique to local students. 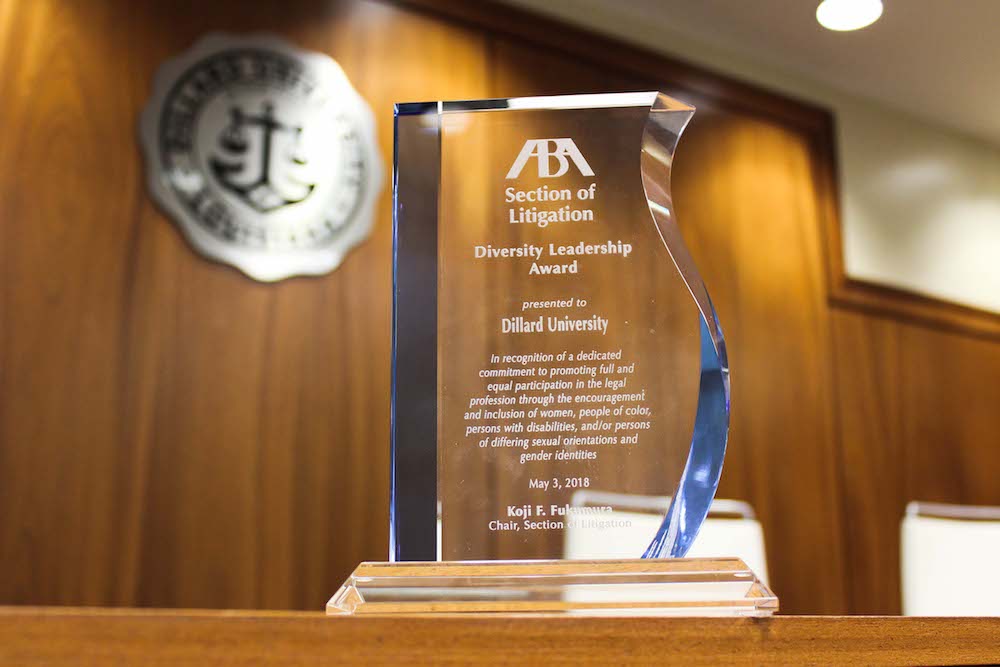 With that, it made sense to begin a pre-law program. In 2016, Dillard appointed Adria N. Kimbrough, Esq., as the program's first advisor. Under her leadership, Dillard Pre-Law began to develop into one of the University's premier co-curricular programs with Mock Trial Team gaining notoriety and the establishment of the Dillard Speech and Debate team. Kimbrough's determination to build a quality pre-law program led to increased law school admissions and a nationally ranked mock trial team.

With Dillard Pre-Law having gained momentum, De'Jonique Carter, Esq. stepped into the role of pre-law advisor in 2021. Having earned a Master of Social Work as well as her J.D., Carter added a much-needed social services lens to continue preparing students for the rigors of law school. Later in the year, Dante Butler, Esq. joined the program as director. A first generation college student, Butler went on to coach the Loyola University New Orleans College of Law Black Law Student Association’s trial advocacy team to a national championship.