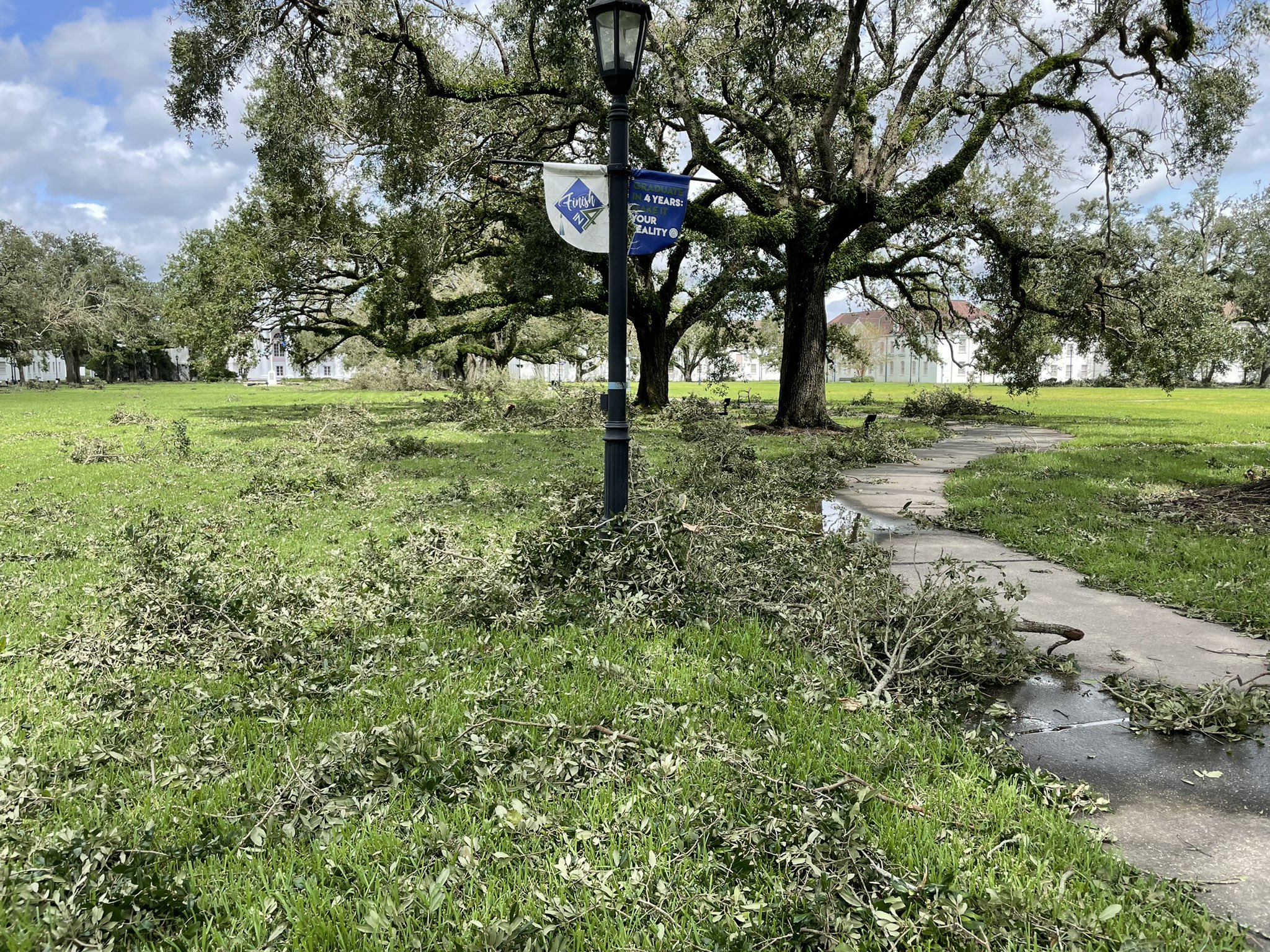 NEW ORLEANS - Dillard has begun the process of recovering from Hurricane Ida. The effects on the campus include fallen trees, branches and one of the Lawless Memorial Chapel's windows suffering major damage, which resulted in some internal damage. The campus is being surveyed for additional issues.

After assessing the impact of Ida, the University has elected to resume classes online September 13, and classes will continue online until the City of New Orleans has notified its residents that it is safe to return.

Over 90% of students evacuated prior to the storm. Students who remained on campus during the storm were moved to the Professional Schools Building as a protective measure. When local and state authorities announced that power would not be restored for weeks, the University transported the students to housing in Mobile, Alabama.

The residential students who remained are in need of support. To help those students, go to http://bit.ly/IdaReliefDU.