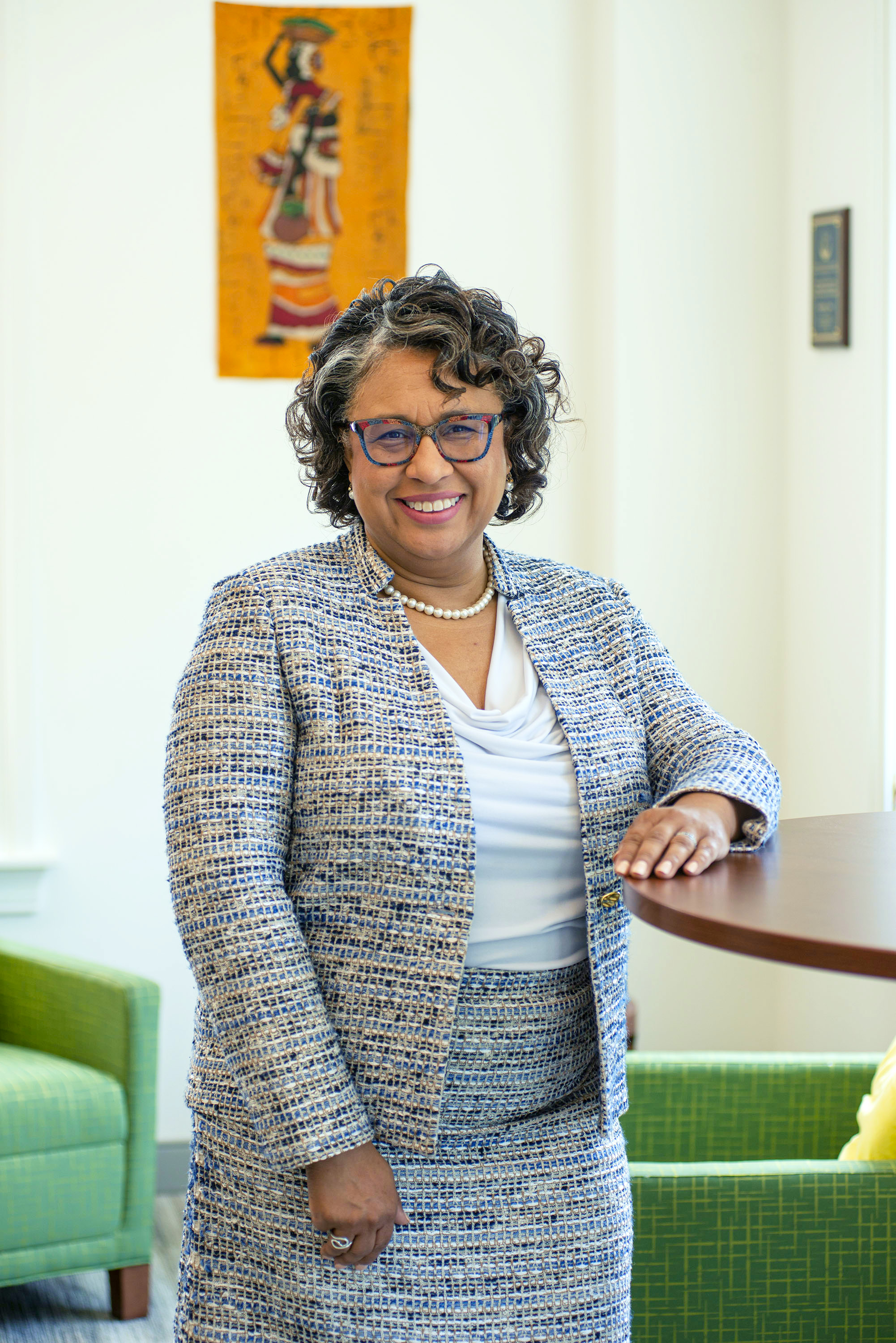 Rochelle L. Ford, Ph.D., APR is the eighth president of Dillard University. Having built a robust resume in higher education administration and instruction, President Ford has earned a reputation as a hard-working transformative leader. Previously, she served as the dean of the School of Communications at Elon University, the second to serve in that position in the university’s history. There, she led more than 80 faculty and 1,500 students with six undergraduate major programs of study and one graduate program.

President Ford is recognized nationally for her work in public relations. In 2021, the Arthur W. Page Society presented Ford with the Distinguished Service Award for her service to the public relations profession and her commitment to advancing diversity, equity and inclusion in the field in 2021. That same year, ColorCOMM listed her as one of 28 Most Influential Black Females in Communications. In 2019, Ford received the Public Relations Society of America’s (PRSA) Outstanding Educator Award; and, in 2018, Ford was inducted into the PRWeek Hall of Fame.

Prior to her role at Elon, President Ford served for four years as a professor and the chair of the Public Relations Department at the S. I. Newhouse School of Public Communications at Syracuse University, helping the program to win the PRWeek Education Program of the Year. Through a provost faculty fellowship, President Ford co-chaired Syracuse's successful Middle States Commission on Higher Education re-accreditation; and she initiated a university-wide required common first year experience. President Ford also taught as a professor for 16 years at her alma mater, Howard University, in the School of Communications, where she served as the associate dean for research and academic affairs for six years and as the former director of the Preparing Future Journalism Faculty Program. Her last assignment at Howard was to lead the university's initiative to establish a campus-wide Center for Academic Excellence.

Her scholarship and experience include diversity, equity and inclusion, public relations, advertising, journalism, and media. A former advertising and public relations sequence coordinator at Howard, President Ford conducts research about diversity in advertising and public relations; and she has written a monthly column, “Diversity Dimensions for Public Relations Tactics”, an award winning trade newspaper. She has been a member of the boards of PRSA, the PRSA Foundation and the American Advertising Federation's Mosaic Center. President Ford co-chairs the Arthur W. Page Society's diversity and inclusion committee. Among President Ford’s numerous publications are “Administrative Challenges and Organizational Leadership in Historically Black College and Universities” and “Setting a New Agenda for Student Engagement and Retention in Historically Black Colleges and Universities”, both co-authored with Charles B.W. Prince. President was an editor of “Reality TV: Entertaining… But No Laughing Matter”, a 2017 whitepaper that examined the impact of media images, particularly on African American women.

Active in both her discipline and her community, President Ford is a member of PRSA, where she holds an Accreditation in Public Relations and the Arthur W. Page Society. She is also a member of the National Black Public Relations Society, the American Advertising Federation, Zeta Phi Beta Sorority, Inc., the Alamance County Chamber of Commerce’s Diversity and Inclusion Committee, the United Church of Christ and the United Methodist Church.

Request President Ford to be a speaker for your event

Please DOWNLOAD THE FORM (Word document), complete it and submit it to Chelsea Dureseaux at cdureseaux@dillard.edu.